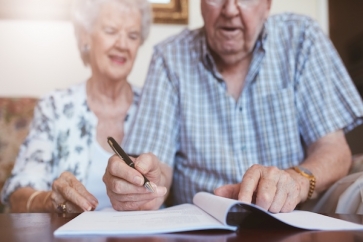 Most over-55s who have used the Pension Freedoms - introduced in 2015 - still place huge value on the regular income from the State Pension, a survey has found.

The overwhelming majority say they would turn down the chance to take the State Pension as a lump sum if it were offered.

The survey suggests many still see the State Pension as a key part of their retirement income despite some believing it’s importance is declining.

Fewer than one in 10 (8%) of the over 55s who have used  Pension Preedoms would choose to take the State Pension as a lump sum at retirement if the option was available, research for Canada Life found.

Currently the option to take the State Pension as a lump sum is not available.

The overwhelming majority (83%) of over 55s want the state pension to produce a monthly lifetime income for them with 9% unsure.

Canada Life says this is in stark contrast to how people prefer to access their private pensions, where many choose the flexibility of income drawdown over the certainty of an annuity income.

Andrew Tully, technical director at Canada Life UK, said: “When presented with the option of commuting the State Pension into a cash lump sum, most people choose the safety net of a guarantee lifetime income.

“Of course the option to take the State Pension as a one off cash sum is not available, but the research does show how people place a value on a regular income, whether that be to pay the bills or simply provide peace of mind.

“Drawing comparisons with Pension Freedoms is interesting as we know there has been a significant shift away from annuities towards income drawdown over the past four years. And yet people shouldn’t view it as a binary choice between the two, as you can blend drawdown and annuities.”

Opinium surveyed 505 over-55s who have used the Pension Freedoms in March this year.