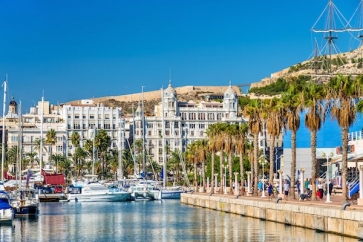 A new report has revealed the best countries in Europe for retirees.

Considering all the criteria Spain came out on top, with the UK languishing in 17th place for the best retirement location.

Second in the rankings was Finland, which was erased for its “laid-back Scandinavian atmosphere and magic of the northern lights”.

The report read: “The historic country hosts a wealth of great towns, cities and coastal locations which draw millions of retirees to its borders each year.

“The great weather, food and friendly locals make Spain the perfect destination for anyone looking to relax in their golden years.”

Countries were also ranked on specific criteria including house prices, best for over 65s, life expectancy and cost of living.

Iceland came out on top for house prices, the report read: “the Nordic country of Iceland has the lowest house prices on average across Europe.

“The remote, yet beautiful country has often been referred to as the most peaceful place on earth thanks to its low crime rates, stunning scenery and magical charm of the northern lights.”

The best country for over 65s was with Italy having the largest population over the age of 65, meaning retirees will be surrounded by people of a similar age range.

“Italy is famous for its cuisine and friendly locals.

“This, complimented with the warm weather, makes it a near perfect location to retire.”

In terms of life expectancy it added: “Switzerland has the highest life expectancy rates across the entirety of Europe, with the average person living to over 83 years of age.

“The peaceful and relaxing mountain landscapes, and wealth of outdoor activities such as skiing, make Switzerland the perfect location to both relax and stay active.”

“The country is a gateway between Europe and Asia, and hosts some of the most beautiful areas and national parks that the world has to offer.

“An often-overlooked retirement location for those looking to get more for their money.” 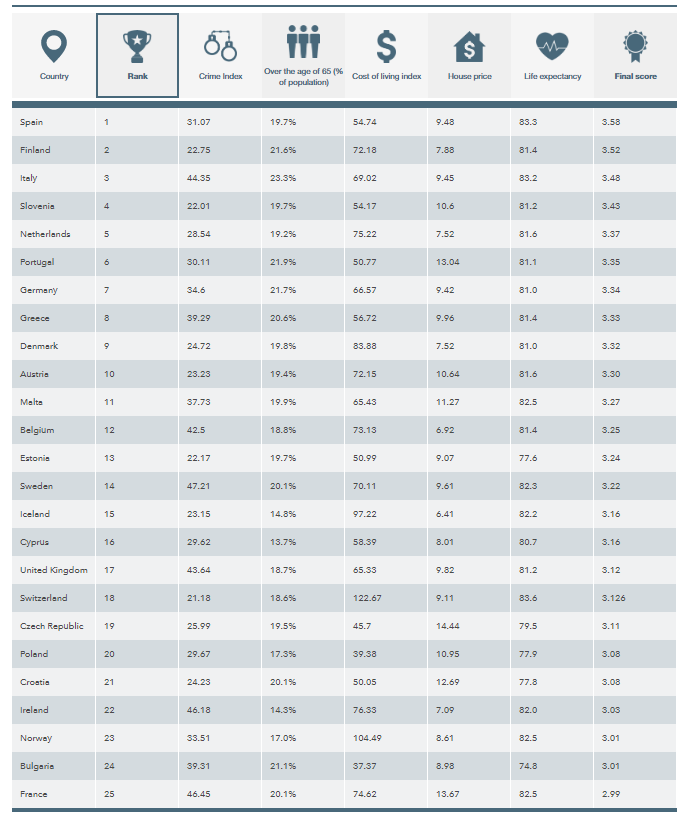 A statement from Blacktower read: “From the volcanic fields of Iceland, to the snow topped mountains of the Alps, Europe hosts some of the most exceptional and beautiful destinations worldwide.

“As diverse and beautiful as it may be, there is no denying that Europe is an ageing continent.

“The EU alone predicts to have a population of 520 million by 2070, with the expected cost (public spending on pensions, health care, long-term care, education and unemployment benefits) set to reach 26.7% of total GDP.

“With over 40 countries to choose from (all boasting different cultures and lifestyles), finding the perfect location to retire to can cause a headache for millions of Europeans.

More in this category: « Pension freedoms overtaxation repayments hit £535m SLA to give 9 months’ paid parental leave »
back to top