Register for Financial Planning Today website to get our daily newsletters. Click on 2 stories to see the Registration pop up.
Wednesday, 20 November 2019 10:07 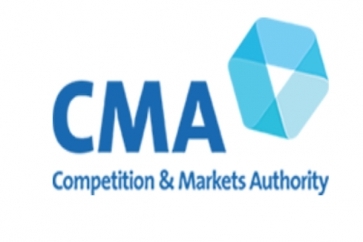 The Competition and Markets Authority (CMA) has launched a wide-ranging investigation into “suspected anti-competitive arrangements in the financial services sector”.

The probe, under the Competition Act 1998, will involve information gathering and analysis of the way the sector operates.

A statement read: “On 13 November 2018, the CMA launched an investigation into suspected anti-competitive arrangements in the financial services sector which may infringe Chapter I of the Competition Act 1998 (CA98) and/or Article 101 of the Treaty on the Functioning of the European Union (TFEU).

“The CMA and the Financial Conduct Authority (FCA) have concurrent functions to enforce competition law infringements in the financial services sector.

“It has been agreed (pursuant to regulation 4 of the Competition Act 1998 (Concurrency) Regulations 2014) that the CMA will exercise those functions in relation to this investigation.

“The case is at an early stage and no assumption should be made at this point that competition law has been infringed.

“The CMA has not reached a view as to whether there is sufficient evidence of an infringement of competition law for it to issue a statement of objections to any of the parties under investigation.

“Not all cases result in the CMA issuing a statement of objections.”

The body was unable to provide further details on the timescales of its investigation.

The statement added: “it would not be appropriate to include any further estimates of the timing of any later investigative steps at this stage.”