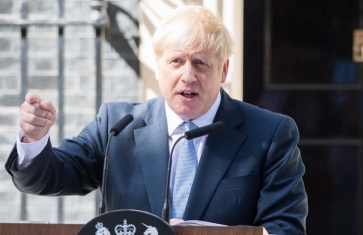 The sweeping Conservative victory in yesterday’s general election means the much delayed Pensions Bill is likely to be back on the agenda soon, say a number of leading financial services experts.

With the Conservatives enjoying a near 80-seat majority (with one seat in St Ives still to declare) experts predict the road for economic and financial services reform will be much clearer.

He said: “Undoubtedly we will see the reintroduction of Guy Opperman’s oven-ready Pension Bill which ran out of time at the end of the last parliament.

“This Bill will strengthen protections for occupational scheme members, pave the way for Pensions Dashboards to be developed and opens up the option of a new type of shared-risk pension scheme.”

He also believes more substantial pension reform will be back on the table.

“They have to fix these problems. Tinkering will only make the pensions system more dysfunctional than it already is; the best answer would be a fundamental reform of the tax treatment of pensions across the board.”

As part of his election pledges, Prime Minister Boris Johnson has promised to get his Brexit deal through the Commons and bring in a post-election Budget within 100 days.

It’s not yet clear what will be in the Budget but one of Mr John’s pledges was to boost the National Insurance threshold to ￡9,500. The Conservatives have also promised not to raise income tax, National Insurance or VAT. However, with this in mind some experts believe it is possible that fiscal savings could be made on pensions to pay for government spending.

• Keith Richards, chief executive of the Personal Finance Society, predicted that the Conservative party’s general election victory would allow Boris Johnson to push through Brexit on "his terms."

He said: “I hope now that the Prime Minister has a clear mandate on Brexit, both the government and Financial Conduct Authority can focus on tackling the issues facing pension freedoms, more effective consumer financial education and better support a sustainable financial advice sector."

He also called for an urgent review of the the availability of professional indemnity insurance to advisers and also the cost of the Financial Services Compensation Scheme which was "restricting access to much needed financial advice." A small levy on all funds under management could be an alternative way to fund consumer compensation, the PFS says.

• Schroders’ senior European Economist and Strategist Azad Zangana said the comprehensive Conservative win had sent the pound soaring and the UK would now be focused on “delivering the UK’s Brexit withdrawal agreement by 31 January.”

He said the “big question” was whether Mr Johnson would follow through on his pledge to end austerity.

He said: “Short-term the Conservatives have discussed increased spending which could give the economy a boost. Longer-term still remains uncertain and so markets are not going to keep opening bottles of Champagne to toast a new dawn for the country.”

• Steven Cameron, pensions director at Aegon, believes the Conservative government will begin to tackle some knotty pensions problems - if they keep their promises.

He said: “The Conservative manifesto committed to making sure 1.3m non-taxpayers in ‘net pay’ schemes receive the 20% tax relief on their pension contributions to which they are entitled. The lowest earners deserve every help they can get to save for their retirement so this must be another top priority.

“Tax rules and reliefs must be fit for the future and work together without unintended consequences across all earnings bands. It can’t be acceptable that complex technicalities are leading to senior health professionals in the NHS refusing extra work or retiring early to escape pension tax charges. A full review is urgently needed, and not just a temporary sticking plaster for the NHS.”

Nigel Green, chief executive and founder of international wealth manager deVere Group, who has warned about the dangers of a no-deal Brexit, predicted an investment surge.

He said: “The pound has enjoyed its biggest surge in a decade on the hopes that a solid Conservative majority can finally end the Brexit deadlock.

“Many traders were caught off guard by the size of the majority and this may push the pound even higher than previous predictions. We could see bullish traders now take it to $1.38 or maybe even as high as $1.40.”

He added: “With more political certainty due to the large majority, the UK economy is also likely to receive an election bounce. Billions of pounds in business investment that has been on the sidelines due to the parliamentary paralysis is now ready to be unleashed.”

He warned, however, that the SNP’s election success could lead to a new push for independence which could cause uncertainty for the UK as a whole.

• This story will be added to during the day as reaction comes in. Check back later for updates.