Investec AM staff to own 20% of shares after IPO 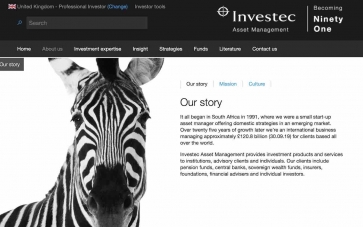 Investec Asset Management is to float on the London and Johannesburg Stock Exchanges in March with staff set to own 20% of shares.

The founder-led company will make an Initial Public Offering (IPO) under the names Ninety One plc and Ninety One Limited.

After the IPO the company will be rebranded as Ninety One.

The company said the move follows the vote by Investec shareholders on 10 February to proceed with the demerger and listing of Ninety One.

Hendrik du Toit, Investec joint chief executive officer and Ninety One founder, said: “After 29 years as part of a diversified financial services group, this is an important event in our development. The dual-listing structure will acknowledge our South African roots, while the London listing positions us for continued international growth.”

Under the offer approximately 10% of Ninety One shares will be sold by Investec to new or existing institutional and other investors with Ninety One staff owning 20% of shares via an employee share ownership vehicle.

The Ninety One Group was set up in South Africa as Investec in 1991 and has £121bn in assets under management as of September.