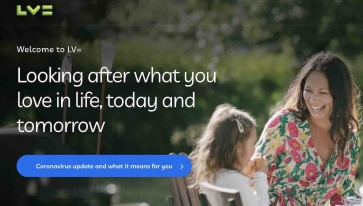 Mutual financial provider LV= confirmed today that it was looking at options which may include a sale of its businesses.

Last week Sky News reported that the Bournemouth-based investment, pensions and insurance provider was looking to ditch its mutual status, employing consultants Fenchurch Partners to explore the options. The company declined to comment at the time.

However LV= confirmed today in a stock exchange announcement that following the sale of its general insurance business it was looking at a range of "strategic options" for the remaining businesses that may involve a third party.

In a statement the company said: "The board of Liverpool Victoria Financial Services Limited ("LV=") notes the recent press speculation regarding a possible transaction in relation to its business.

"LV='s board is fully committed to maximising long term value for its members and is therefore assessing a wide range of strategic options following the disposal of the general insurance business to ensure that the remaining business continues to be operated in the best interests of all its members. Some but not all of these options may involve a transaction with a third party."

The company said "no conclusions have yet been reached as to the most appropriate option to pursue." It added that there was no definite decision yet on whether to sell off the businesses. The company will make a further announcement when appropriate, it says.

A joint venture, along the lines of one it established with Allianz for general insurance, is one option being considered, according to Sky News.

Overall the company has 5.5m customers and 3,500 employees.

Privately, LV= considers its capital position strong and there would be no need for a ‘fire sale.’ In January it acquired Legal & General’s general insurance business and continues to roll out new products.

Staff have switched to home working during the pandemic and business is currently buoyant, Financial Planning Today understands.

All employees are being paid in full and none have been furloughed.

• Apology: This story initially referred to LV= as owning wealth manager Frizzell, an SJP partner firm. This was not correct and the Frizzell referred to is a separate car insurance business owned by LV= with no connection to SJP. Apologies for the error.

More in this category: « Chartered Financial Planner and DFM combine  SJP opens apprentice programme for September »
back to top