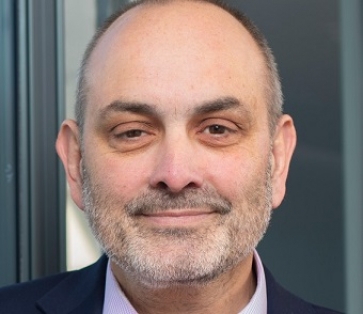 The economic impact of the Coronavirus pandemic has pushed back FTSE350 DB scheme endgames with the average time to buyout rising 18 months on average, according to new research.

As of the end of June, according to the report, around 55% of the FTSE350 DB schemes were in a position to buyout within 10 years, down from 65% at the start of the year.

At the beginning of the year, the outlook for the UK’s DB schemes was relatively positive following a period of strong equity market performance and falling inflation expectations.

To return to the position the DB schemes were at at the start of the year, according to Barnett Waddingham FTSE350 companies would need to step up their deficit contributions by around a third. This is likely to be unfeasible for many due to the current economic environment.

Some employers have had to defer deficit contributions due to financial stress caused by the pandemic, pushing the DB scheme endgame further down the road. According to Barnett Waddingham at the end of June, a 50% reduction in deficit contributions would reduce the proportion of FTSE350 schemes able to buyout within 10 years to around 40%. The average time to buyout for the FTSE350 would increase significantly to 11 years and 3 months – over a 3-year increase from the position at the start of the year.

The report also looked at superfunds as one possible solution for schemes looking for a new strategy.

Simon Taylor, partner at Barnett Waddingham, said: “Understandably, for most companies DB scheme funding will not have been top of the agenda over recent months. However, with the peak of the crisis now hopefully passed, companies and trustees should be assessing the damage caused by recent events and taking a renewed look at their DB funding plans.

“With TPR’s consultation on a revised DB funding code of practice currently ongoing, it will not be long before schemes are required to put in place a long-term funding plan for reaching the endgame. This will arrive at a challenging time for a lot of schemes, as both funding levels and company strength have taken a hit in recent months.   For those responsible for DB funding, a delicate balance will be needed to ensure that the DB funding plan does not jeopardise the company’s ability to rebuild its business, whilst at the same time ensuring that the security of member benefits is not compromised.

“The introduction of TPR’s interim regulatory regime for superfunds will certainly pique the interest of some companies, with these vehicles potentially offering a cheaper way out for companies burdened by the funding of a DB pension scheme.  However, careful thought will be required to determine whether this is the best solution for the scheme’s members, taking into account the particular circumstances of the scheme and the sponsoring company.

“With the peak of the crisis behind us, the challenge for the pensions industry will be to decide how the funding of DB schemes fits into the picture of an economy in recovery.”