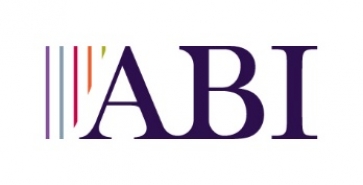 The Association of British Insurers has warned that Government proposals to reform the calculation of the Retail Prices Index (RPI) could cost pension savers £122bn if plans go ahead to implement the changes from 2025.

Estimates by ABI members have found that implementing the proposed changes in 2025 could leave those affected worse off by up to £122bn by reducing the value of index-linked gilts.

Even the latest proposed implementation date of 2030 would only reduce the impact to £96 billion.

The consultation on the reform of the Retail Prices Index closes today after being extended for four months by Chancellor Rishi Sunak.

A government response is due in the autumn. The consultation covers a number of topics, including whether RPI could be scrapped or merged at a date between 2025 and 2030.

RPI is used for the indexation of many pensions and critics have warned of the danger of scrapping it or merging it with CPIH, a more commonly used measure based on CPI. The government is looking at reform because it consider RPI a dated measure and CPI is more accurate. RPI is often significantly higher than CPI.

Hugh Savill, director of conduct and regulation at the Association of British Insurers, said:  “It is widely accepted that the RPI model is less than perfect, but the proposal’s impact will be felt by policyholders and pension savers for decades.

“If the reforms go ahead, and given the impact for savers and the wider economy, it is vital the implementation date is later rather than sooner. Compensation by the Government should also be seriously considered to avoid creating winners and losers.”

The Pensions Policy Institute warned in April that a Government change to the inflation measure could cut lifetime pension income by up to 21% for some pension savers.

It said RPI, an older measure of inflation, is still used for the indexation of many pensions and tends to be higher than CPIH, boosting pension income as a result.