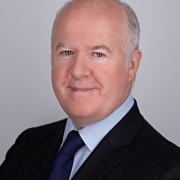 Eagle-eyed Budget and Treasury watchers are well aware that what appear to be small or insignificant changes made by Chancellors or ministers can often have huge ramifications in subsequent years.

Here I am reminded of then Chancellor George Osborne’s hugely significant Pension Freedom changes in 2015.

These were almost slipped in at the time and it took the profession some time to work out the profound implications. Five years later and I doubt there is a Financial Planner or pension saver who has not been hugely affected by the Pension Freedoms. The pension transfer market would be tiny without the Freedoms which, of course, have also brought problems as well as benefits.

Older readers too will remember Gordon Brown’s pension fund grab when Labour came to power. These were little understood when announced but have reduced the pensions for nearly every UK pension saver around at the time.

The threatened Retail Prices Index changes could well be the next ‘Trojan horse’ for the pensions sector. The changes seem almost petty but the ABI was right to warn this week that they could have huge implications, in fact £122bn worth of implications for pension savers.

Our story provides the full detail but it’s worth a short recap on the difference between RPI and CPI.

If you were watching a TV news bulletin in the 1980s or most of the 1990s you would have heard regular mentions of RPI. Wage increases were based on it and it was the key measure of inflation.

The government decided in 1997 to launch the CPI measure as it was more in line with international standards. By 2013 RPI was downgraded to a lesser important statistic although is still published each month by the government and is used by many pension schemes to decide annual increases. If it is axed CPI, a lower figure, will be used.

CPI is in fact generally a fair bit lower than RPI and cynics might note that this helps the government to argue that inflation is under control. It also helps keep wage increases down. Public sector pay increases often reference it. Axing RPI would also save pension schemes billions.

Now logically having two different but similar measures of inflation, RPI and CPI, is not a long term solution so the government has set about reform.

The Government will respond in the autumn. The only logical and fair decision is one which does not harm the income of pensioners.

However I fear that with the Coronavirus hit to Treasury income there will be a temptation to push through this seemingly innocuous RPI change. It should be resisted.

• For those who've asked, I had a fabulous week's holiday last week, a road trip from north to south Wales staying in several different places. Lovely weather, great food, a warm welcome and stunning scenery. What a beautiful country and it has restored my faith in UK holidays. These may be strange times but enjoying an ice cream at the seaside is just as great a pleasure at it always was.

• Note, I am away next week so this column will return on Friday 4 September.