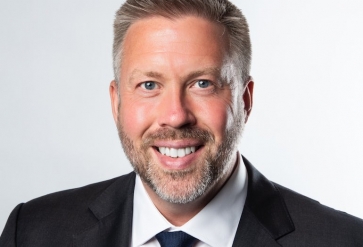 Chartered Financial Planner Fairstone has made £5.4m in excess payments to outperforming firms it has acquired through its downstream buy out programme.

Fairstone’s downstream buy out (DBO) strategy integrates firms into the group, typically over a two-year period, prior to final acquisition.

The data revealed that firms appear to have undervalued themselves at the point of entering the programme with firms receiving average pay-outs of 111% of their original transaction price throughout the earn-out process.

One in six acquisitions received more than 135% of their expected cash consideration.

To date Fairstone says it has made total excess consideration payments of £5.4m.

Fairstone CEO Lee Hartley said: “The ability of a business to secure the entirety of their earn-out payments is a major differentiator in the sector. Some large consolidators are delivering earn-out payments that result in an average of between 80% and 90% of the original headline price negotiated for those acquisitions. Crucially this implies that some companies are getting even less than that.

“At Fairstone, the firms that we have acquired on average receive 111% of their total earn-out value, with some receiving as much as 139% of their expected consideration. Very importantly, none receive less than 100% of their original sale price.

“We understand that integration is the foundation of any acquisition and needs to be handled first, whereas many consolidators expect integration to be completed within a relatively short timeframe and conducted after the sale."

“Integration isn’t always easy and can involve a lot of change – that is why we deal with this process gradually over a two to three year period ahead of the sale and help our partner firms to grow profits in the intervening period. This approach also helps to reduce integration risk and at the same time relieve pressure on selling shareholders.”

Earlier this week, Fairstone completed the acquisition of Hampshire-based Cube Financial Planning under its DBO model.

Eight firms have joined the DBO programme so far this year.

Fairstone is headquartered in Newcastle and has over 69,000 clients and operates over 42 locations. It has fee income in excess of £65m.

More in this category: « FOS reports 30% complaints rise due to Covid-19 Pension scam 'red flags' high in October »
back to top