Investing “too much of a gamble” for over half Britons 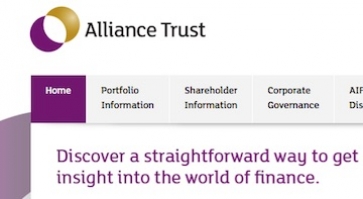 Over half of Britons (56%) see investing as “too much of a gamble” for them right now, according to new research.

The new figures from the research by Alliance Trust revealed a lack of confidence among the majority of Britons when it comes to investing.

While just under half (43%) of people would invest if they had more money available, more than a third (36%) of Britons said nothing would make them more likely to invest their cash.

A fear of losing money was the top reason Britons did not invest their savings, with a third (32%) of those who currently do not invest saying this concern put them off.

A need to access money easily was the second most common reason (21%), with a similar proportion claiming that investing was too complex for them (20%).

Craig Baker, head of Alliance Trust’s investment committee, said: “With interest rates at historic lows, cash savings will likely result in a real-term loss over the years and it is important people look at the longer-term opportunity to invest their savings, particularly when it comes to saving for retirement or saving for children when most people can afford to leave their savings to grow over a prolonged period of time.

“There is a deep mistrust of markets and the world of investing, and it is vital the industry works to make itself more accessible, and easier to understand so that savers can reap the rewards of investing over the long-term.”

Research commissioned by Alliance Trust was conducted by Censuswide via an online survey from 22- 25 September 2020, polling a nationally representative sample of 2,001 consumers in the UK.

More in this category: « ASI buys property fund manager Calls for early state pension access for those hit by pandemic »
back to top