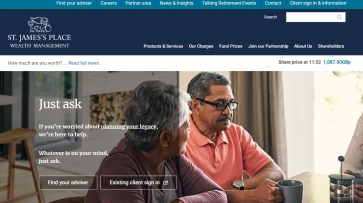 Primestone, which owns about 1.2% of St James’s Place plc, said in October that the company’s organisational structure is “bloated” and the share price has underperformed for five years.

It called for a radical shake-up of the company to improve performance and said its business model has failed to deliver value for shareholders for the past five years.

In a second open letter to St James’s Place’s board today, Primestone said it was pleased that the firm had “expressed fundamental alignment” with Primestone and that the wealth manager was “focused on creating shareholder value and consider the missing operating leverage as an important factor in this.”

In the letter, Primestone said St James’s Place had recognised the importance of carefully managing its costs. It said the wealth manager is currently reviewing its organisational design and operating model.

Primestone said it is “particularly excited about plans to re-create operating leverage at SJP. We believe, as we outlined in our letter on 26th October, that St James’s Place has ample opportunity to do so. We would very much like this to be translated into ambitious and tangible objectives that lead to positive results for all stakeholders.”

More in this category: « Nucleus inflows rocket as OpenWealth acquisition completes Selectapension acquired by Canadian software group »
back to top