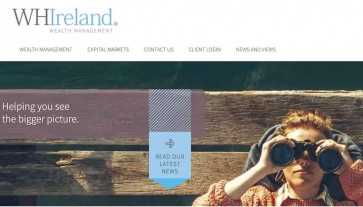 WH Ireland will add £250m in assets and six advisers through the deal to buy Henley-on-Thames based Harpsden.

Phillip Wale, CEO of WH Ireland, said: "We are delighted to announce the completion of the acquisition of  Harpsden Wealth Management Limited which is in line with our strategic ambitions for WH Ireland.

“This transaction strengthens the company's senior leadership team; increases our assets under management whilst enhancing our earnings, and adds a Chartered Independent financial advice business around which we can build our own offering.

“In addition it adds increased distribution by way of six additional advisers based in a new office. We look forward to integrating Harpsden within the WH Ireland group and welcoming their clients."

The move has been funded by an equity placing.

The takeover is worth a total of £7.8m with an initial cash payment of £5.3m followed by two further contingent payments of £1.25m each over 24 months.

More in this category: « Chancellor appoints 3 new members of PRC FCA register offline for 5 days due to Brexit changes »
back to top