Register for Financial Planning Today website to get our daily newsletters. Click on 2 stories to see the Registration pop up.
Tuesday, 26 January 2021 08:37 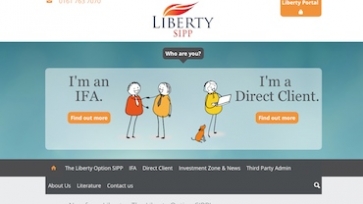 Collapsed firm Liberty SIPP has been declared in default by the FSCS after being placed into administration on 27 April last year.

The Financial Services Compensation Scheme (FSCS) declared the firm failed yesterday opening the door to the start of compensation claims from customers to the FSCS.

Nearly 1,700 claims have been lodged so far.

The failure is likely to cost the FSCS millions at a time when it is already under fire for ever-increasing levy fees.

The FSCS said the rise is due to its expectation of continuing failures in the SIPP sector and that the cost of compensating victims of the collapsed mini-bond firm London Capital & Finance is much higher than expected.

Liberty SIPP sold its business and customer assets to EBS Pensions, part of Embark Group, in October 2018 after Liberty was faced with mounting claims, some submitted via Claims Management Companies.

The legal entity Liberty SIPP Limited was not part of the sale but the move resulted in the Liberty SIPP business being wound up.

The company was advised by the Financial Ombudsman Service that it was insolvent based on the number of potential claims relating to high-risk non-standard investments and was advised it should enter administration to provide protection for creditors including former customers.

Following the firm being placed in default, the Financial Services Compensation Scheme said that consumers and advisers who have already complained to the Financial Ombudsman Service (FOS) will be contacted by about their next steps.

Those who have not already made a claim against Liberty SIPP can still do so via the FSCS.

More in this category: « Quilter assets rise as platform migration nears completion Revenues fall at SimplyBiz but profits hold up »
back to top