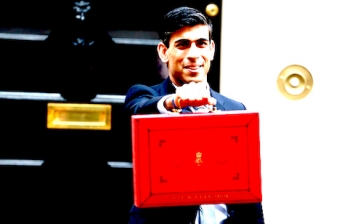 Leading pensions experts have criticised the Chancellor’s move to freeze the pensions Lifetime Allowance (LTA) at £1,073,100 until April 2026.

The move, widely forecast, has been seen by many experts as short-sighted and failing to encourage pension saving.

Other investment allowances were also frozen including the ISA allowance at £20,000.

Canada Life believes the LTA freeze will net the Chancellor an extra £990m by the 2025/26 tax year.

The pension provider has worked out that a current pension pot of £469,000, with no further contributions, could breach the pension lifetime allowance in 20 years (if the LTA is frozen until April 2026 and then increases by 2% on average each year thereafter).

Andrew Tully, technical director, Canada Life, said: “This measure simply sends the wrong signal to savers trying to do the right thing. It also penalises good investment performance. We already have annual limits on the amount you can save via a pension wrapper and there is a significant disparity between how defined contribution savers and those with defined benefit income are treated for lifetime allowance purposes.

“The lifetime allowance is an arbitrary tax which penalises DC savers. The last 10 years has seen the lifetime allowance fall from £1.8m to £1m; stay frozen at £1m; gradually increase by inflation; and now is frozen again. These continuous changes to pensions policy exacerbate the uncertainty many people feel around pension saving. Instead of constant tweaks we need stability to give people confidence to save for the long-term.”

Nathan Long, senior analyst at Hargreaves Lansdown, said: “Freezing the Lifetime Allowance is an under the radar revenue raiser. With Treasury pennies stretched, it’s understandable all angles are being explored, but this won’t just hit very high earners, committed and consistent pension savers risk running into the limit too, and being punished for their efforts to save for the future.”

John Westwood, group managing director at Blacktower Financial Management Group, said: "Rishi Sunak has announced  freezing the pension lifetime allowance. This will throw the wealthiest pension pots into the tax net and impacts thousands of pension savers for years to come. We believe now is the wrong time for this due to the personal finance pressures already prevalent as a result of the pandemic.”

Dave Downie, Technical Manager at Standard Life, said: “A freeze to the LTA this year may only affect a relatively modest number of taxpayers. But each year the allowance fails to keep pace with inflation it is a step closer to LTA charges affecting ordinary pension savers. While a pension pot of £1 million may feel like a significant sum of money it has to last throughout retirement.”

Jon Greer, head of retirement policy at Quilter, said: “While everyone understands the precarious fiscal position the government finds itself in, changing the lifetime allowance once again adds even more complexity to the retirement planning process. The allowance has been kicked around like a football since its introduction back in 2006.”