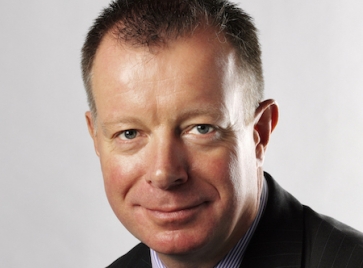 M&G Wealth has appointed Tim Clark from Financial Planning and IFA network Loyal North to be its first recruitment and acquisition director.

The moves comes soon after M&G Wealth axed the brand names of its recently-acquired wealth platform Ascentric and its advice business Prudential Financial Planning (PFP) to bring the businesses under the M&G Wealth name.

The company is also readying a low-cost ‘hybrid advice’ set to launch later this year as it plans rapid growth.

His previous firm, Loyal North, acts as a holding company of IFA firms and is building a nationwide network of local IFAs through acquisition. It arranges for IFA firms to find an acquiring partner but retain the local “High Street” identity of the practice.

M&G Wealth says it plans to increase the size of The Advice Partnership (TAP) business which has seen growth from single numbers of advisers to 220 in the last year. TAP recently announced the creation of its own Adviser Academy to support growth.

Mr Clark will cover aspects of recruitment and acquisition with a focus on building numbers of advisers and firms within TAP as well as supporting the Academy.

Chris Haines, CEO of M&G Wealth’s advice business, said: “Tim has a unique and powerful knowledge of recruitment and acquisition in the financial services sector. He has achieved significant success throughout his career, helping a range of UK financial services organisations to successfully grow, develop and capitalise their businesses in a dynamic, profitable and fully compliant manner.

“Tim has a well-regarded network of advisory and recruitment contacts at both firm and individual level throughout the UK. He is a proven developer of existing recruitment and acquisition operations and I am delighted to welcome him to my leadership team as we seek further sustainable growth.”

Mr Clark said: “There is a well-marked need throughout the UK to address the financial advice gap. M&G Wealth has a clear and progressive strategy to play an important role in that while being fully focused on delivering better outcomes and experiences for its clients.”