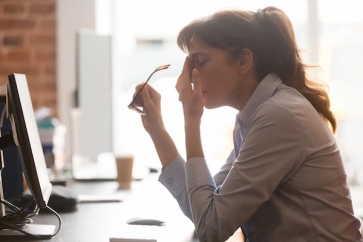 Mental illness was the most common income protection claim for Zurich in 2020, the provider has revealed.

The company paid over £1.7m to individual customers in 2020 as the pandemic took hold.

Zurich said that one in four policyholders accessed support services with 82% seeking therapy.

Overall, Zurich said that its proportion of income protection claims caused by mental illness doubled in 2020.

More than one in four claims (27%) were triggered by mental health conditions last year, compared to 13% in 2019, making it the most common cause of claim.

Nearly one in four policyholders (18%) accessed Zurich Support Services, with the majority (82%) seeking clinical support for conditions including depression, stress and anxiety. The support service is a free benefit for policyholders.

Zurich data also revealed that 28% of all new group income protection claims last year were for mental illness, making it the second most common reason for people seeking support, after cancer.

Data from the Health & Safety Executive estimates that mental illness accounts for the majority (around 17.9m) of lost working days each year.

Nicky Bray, Zurich’s chief underwriter for its life business, said: “We know around one in four of us will experience a mental health problem at some point in our lives which means it is vital that products such as life and income protection insurance are available to as many people as possible. For customers who share a history of conditions with us, such as depression, stress and anxiety - the vast majority are offered cover and the valuable support that comes with it.”

“To help boost uptake, we continually look to simplify the application questions and only request further information when needed to give a fair decision, making the process of buying life insurance easy to understand and quick to apply for. We are also progressing various initiatives as part of our work with the ABI on the mental health standards for the industry.”

More in this category: « Altmann calls for compulsory Pension Wise guidance Pandemic sparks rise in flexi-retirement »
back to top