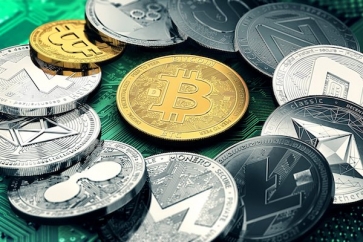 Over 2.3m UK adults now own cryptocurrency, according to the latest research from the Financial Conduct Authority (FCA).

Holding cryptocurrency has become more common as attitudes towards them have changed, according to the consumer research from the regulator.

Almost two in five (38%) of adults surveyed now regard cryptocurrency as a gamble, in comparison to almost half (47%) who viewed them this way last year. The regulator said increasing numbers of UK adults see cryptocurrency is either a complement or alternative to mainstream investments.

Over half (53%) of those holding cryptocurrency told the regulatory they have had a positive experience so far and are likely to buy more, in comparison to 41% last year. Only 11% said they regret having bought cryptocurrency.

Only one in ten who had heard of cryptocurrency said they are aware of consumer warnings on the FCA website. Of these, 43% said they were discouraged from buying crypto. Most consumers recognised that crypto investments are not protected, although 12% of crypto users said otherwise.

Sheldon Mills, executive director, consumers and competition at the FCA, said: “It is important for customers to understand that because these products are largely unregulated that if something goes wrong they are unlikely to have access to the FSCS or the Financial Ombudsman Service. If consumers invest in these types of products, they should be prepared to lose all their money.

Investment platform AJ Bell said that the FCA's latest research paints a broadly positive picture and shows most consumers are using cryptocurrency sensibly and moderately but warned there is still potential for widespread consumer harm.

Laith Khalaf, financial analyst at the platform, said: "There is a dark underbelly lurking in the figures, which suggests there is still potential for widespread consumer harm. The fact that 14% of crypto buyers have borrowed to invest is simply terrifying. The extreme volatility and uncertain long-term outlook for crypto means holdings can be wiped out, leaving borrowers with nothing but their debt as a memento. Around one in five crypto buyers said they were driven by FOMO, which is never a good motivation for financial decisions. A similar proportion said they were buying crypto instead of shares or other investments, which suggests some consumers are leapfrogging traditional assets which can help to build long term wealth."

The research, conducted among 200 UK IFAs, founjd a third (34%) of advisers have seen an increase in clients asking about cryptocurrencies this year. A third (34%) of the advisers surveyed were concerned that clients running their own investment in cryptocurrencies could be bad news for their own business, rising to 42% amongst those whose clients have a portfolio value under £100,000.

However, a third of the advisers surveyed by Opinium said they believe cryptocurriencies will become a legitimate investment vehicle in the future.

The FCA has issued several consumer warnings about cryptocurrency over the past year, stating that investing in cryptoassets is high risk and that investors should be prepared to lose all their money.

In recent months the price of bitcoin has seen massive peaks and troughs with some experts predicting the cryptoasset bubble will soon burst.

Since January all UK cryptoasset firms must be registered with the FCA under regulations to tackle money laundering. Operating without a registration is a criminal offence.

The regulator investors must treat crypto-asset linked investments as “high-risk, speculative investments” and make sure they know what they are investing in.

Rick Eling, investment director at Quilter, said that the cryptocurrency rise is a "bubble fed by ignorance.

He said: "The fact that participation in cryptocurrencies is up, but understanding is down paints a troubling picture. Rather than people seeing crypto as a gamble, the research suggests they see it as an investment. To me, the rise of crypto is nothing more than a bubble fed by ignorance.

"Hats off to those that have actually made money, and there’s nothing wrong with that. But cryptocurrency gambling is not investing. As responsible investors we fear for the safety of the majority, for the inexperienced, and for those whose investment expertise goes no further than an Instagram post that makes you feel like easy money exists."