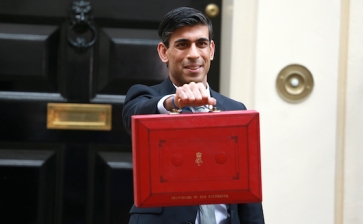 Nearly one in three (31%) over-55s have never checked how Inheritance Tax (IHT) could hit their life savings, according to a new study.

The study found IHT ignorance is widespread despite 36% of over-55s estimating their estates are worth more than the current tax-free allowances.

The study was carried out by TIME Investments, a provider of Inheritance Tax services.

TIME has warned that the recent Budget decision to freeze the nil-rate and residence nil-rate bands until April 2026 is set to raise an additional £985m for the government in the next five years.

TIME Investments’ nationwide study suggests more than half (52%) of over-55s do not know what their IHT liability could be.

Some 25% say they are aware of their potential liability while another 23% are confident they will not have any IHT to pay.

Property wealth is the biggest contributor of overall estates, the research found. Around 31% of over-55s say their house is worth more than £325,000 compared to 24% of the population as a whole. However around 28% of over-55s surveyed said they do not have a will in place.

• Research was conducted by market research company Consumer Intelligence among 1,019 UK adults aged 18-plus between in February.