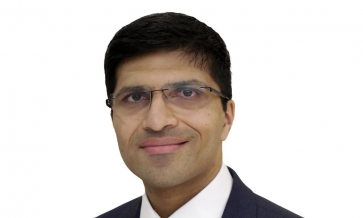 FCA chief executive Nikhil Rathi has pledged to adopt a tougher approach for the regulator in a speech at the Lord Mayor’s City Banquet at Mansion House last night.

Mr Rathi admitted that the regulator has been criticised in the past for acting too slowly or with too much risk aversion but said that this is changing.

He said: “We are applying a bolder risk appetite in dealing with serious misconduct, including, as you will have seen, using criminal powers in the most serious cases involving financial crime or money laundering.”

Mr Rathi also said that the regulator also expects to take more cases to court in the future.

He said: “We will litigate more if we need to, recognising we won’t win every aspect of every case but also appreciating that legal certainty can provide considerable benefits for industry as well.”

The regulator will publish its third annual perimeter report next month, sharing its views on how the regulatory framework might evolve.

While the regulator considers “far-reaching reform”, Mr Rathi said that it will continue to remain anchored by international standards.

He added that the international approach for the regulator is, “at the heart of our data and digital ambitions”.

The FCAs regulatory sandbox is in its sixth year and now open all year round to “allow firms to experiment”. Over 700 firms have used the sandbox so far.

Mr Rathi added in his speech that the regulator is currently looking to hire a large number of data scientists and data analysts over the next three years as it accelerates its “goal of becoming a data and digital first regulator”.

He said the FCA is investing £120m over three years to maximise its move to cloud computing.