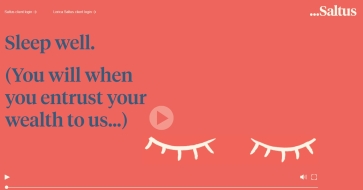 Over 9 in 10 (92%) of high-net-worth consumers underestimate how much money they will need for a comfortable retirement, according to new research.

The higher their net worth, the more respondents said they would need for a comfortable retirement. Those with investable assets of between £250,000 and £499,999 said they think they need £45,000 annual retirement income on average compared to those with £3m and over who said they will need £72,000 a year.

Women, younger people, and those with fewer assets had the most unrealistic expectations when it comes to retirement savings, the research found.

Michael Stimpson, partner at wealth manager Saltus, said: “Our inaugural Saltus Wealth Index highlights some important issues around expectation versus reality when it comes to wealth with a clear misunderstanding surrounding how much money is needed for a comfortable retirement.

“If anything, the perception gap between expectations of what will be needed and what is actually needed could get bigger as life expectancy continues to grow - living to 100 could become commonplace, and the impact that will have on retirement planning could be huge.

“Rising life expectancy is going to impact millennials the most, and this is the group, according to our research, that are the least realistic about what they will need in retirement. This not only highlights the importance of having a robust financial plan in place, but also, that it is never too early to start investing in your future.”

The Saltus Wealth Index surveyed attitudes of over 1,000 people in the UK with investable assets of over £250,000 between 19 and 26 August about how they felt about the UK economy, their own wealth and what matters most to them personally.