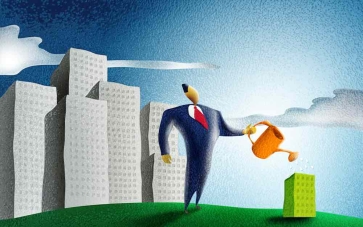 Generations are split on ESG investing

Four out of five investors under 25 with £250k+ of investible assets invest in ethical funds compared to under a quarter of over 65s, according to new ESG research published as the COP26 conference gets under way in Glasgow today.

A third of 18-24s believe they care more about investing in line with ESG principles (Environmental, Social and Governance) than their parents’ generation.

The research suggests a strong generational split on attitudes to ESG investments.

According to the inaugural Wealth Index from wealth manager and Financial Planner Saltus younger people were stronger supporters of ESG funds than their parents but many younger investors also remain sceptical about ESG.

The Saltus Wealth Index surveyed more than 1,000 people in the UK with investable assets of over £250,000.

When asked what they consider the biggest threat to their wealth, nearly one-in-four (24%) under-25s said climate change but it was less of a worry for older people. Just 11% of over-65s see climate change as the major concern.

Saltus says that despite younger investors overall being keener on ESG many remain sceptical and are often unsure about its “legitimacy or impact.”

When asked why respondents do not invest in ESG, returns did not emerge as a major issue for under-25s. Just 11% cited this reason compared to almost a third (31%) overall – but they were concerned about the authenticity of green investments.

For older people the reluctance to invest ethically is primarily related to potential returns. Overall, a third of people aged over 55 who do not invest in ESG said it was because they do not believe they generate sufficient returns, while just 13% of over-65s do not think they are truly environmentally friendly.

Michael Stimpson, partner at Saltus, said: “Our research shows that younger investors are considerably more likely to invest in green funds, but interestingly, amongst all investors who don’t, it is the younger respondents that are the most sceptical about the validity of green funds. This suggests that the vast majority of younger investors that believe in green are investing in it.

“In comparison, older investors are less likely to invest in green, with returns being their main reason for not doing so. Perhaps this is because they are nearer to retirement and more concerned about generating a good income now, than investing for the longer term.

“The research also shows general feelings of unease across the board, with 61% of respondents saying their money makes them anxious. There are a number of factors at play here, including lingering post-pandemic uncertainty, and inflation as well as climate change, which highlights more than ever the importance of having a robust financial plan in place, for both financial and personal wellbeing.”

To read the Saltus Wealth Index in full click here

More in this category: « 7 firms join forces to push benefits of digital advice Profession must heed message of COP26 say Planners »
back to top