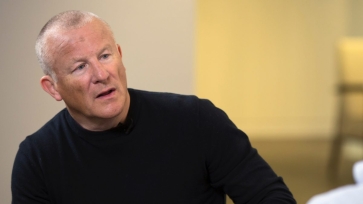 The two remaining staff members at Woodford Investment Management received a total of £510,250 in salaries for the year ended 31 March 2021.

The two members of staff kept drawing the salaries despite the firm having no money to manage.

According to Woodford Investment Management’s end of year accounts the two also incurred social security costs of £119,204 and other pension costs of £29,000. This meant total remuneration for the pair of £658,454.

Financial Planning Today understands that the firm's two remaining directors, Neil Woodford and Craig Newman, did not receive any of this money.

Despite having no funds to manage, the firm reported £590,209 in revenue for the year, mostly raised through consultancy fees.

This compares to revenue of £14.5m reported in the financial year ending 31 March 2020, the year which included the collapse of the Woodford Equity Income fund in June 2019, the loss of the Woodford Income Focus fund and the Woodford Patient Capital Trust.

The firm also sold £28,797 in artwork which had been on its books since incorporation in 2016.

The end of year accounts released on 29 December 2021 were the first published with the firm having no funds under management.

Neil Woodford and Craig Newman were the founding directors of the company, following their departure from Invesco Perpetual where Mr Woodford was head of UK equities and Mr Newman was head of sales.

The Woodford Equity Income fund collapsed in 2019, shocking many in the industry who had seen Neil Woodford as asset management's golden child.

Almost 6 in 10 of advisers surveyed by the Association of Investment Companies (AIC) in October had, at some point, recommended clients invest in the Woodford Equity Income fund.

Of these, 84% had clients who were affected by the fund’s suspension in June 2019.

The collapse of Woodford Investment Management left advisers less trusting of the investment industry, according to the research from the AIC. Over half (54%) said their trust in the industry had been weakened and among those advisers who had clients impacted by the suspension, 62% trusted the industry less than before.

• Editor's Note: Story updated 2 pm / 05.01.22 to make clear that Mssrs Woodford and Newman did not receive any of the 'salary' money referenced in Woodford Investment Management's annual accounts for the year ending 31.03.21.

More in this category: « Kingswood pays £500,000 to director-owned firms MP aims to cut minimum age for auto-enrolment »
back to top