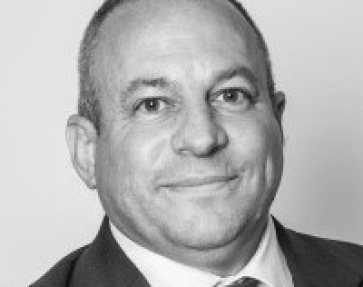 Financial Planning and investment group Tavistock Investments has acquired a 21% stake in retirement-focused financial adviser LEBC from the founder's widow for £10m.

LEBC has struggled since the unexpected death of its CEO and founder, Chartered Financial Planner Jack McVitie, 57, in 2020 after a short illness.

Tavistock will acquire the 21% stake in LEBC Holdings Limited from Marie McVitie, the widow of Mr McVitie. Some £6m will be paid to Mrs McVitie initially followed by £4m after 12 months. The deal is subject to FCA approval.

Tavistock joins private equity investor BP Marsh & Partners in being a significant shareholder in LEBC. With BP Marsh owning 60% of LEBC, together the two investors own over 80% of the business.

LEBC group was established in 2000 and provides Financial Planning and consultancy to private and corporate clients. It employs 46 Financial Planners, has over 75,000 clients and an estimated £5bn of assets under advice, of which over £500m is invested in LEBC's model portfolio service. For the financial year ended 30 September 2021 LEBC saw gross revenues of approximately £15m.

Tavistock is an AIM-listed financial services group with more than 175 advisers working with 40,000+ clients. The firm has more than £4bn of investments under advice or management.

Brian Raven, Tavistock's chief executive, said: “We look forward to working in close partnership with BP Marsh & Partners and with LEBC's management team. The initial focus will be on accelerating LEBC's commercial development and operational efficiency, as well as enhancing its oversight and compliance regime through the introduction of Tavistock's proprietary risk-based processes and procedures."

LEBC's largest shareholder is AIM-quoted BP Marsh & Partners which owns 60% of LEBC's voting rights. BPM has invested in over 50 businesses since it was founded in 1990, many in financial services.

Brian Marsh, BP Marsh & Partners' chairman, said: “We welcome Tavistock as an investment partner in LEBC and look forward to working closely together to accelerate the development of the business."

Derek Miles, LEBC's managing director, said: "We are delighted to welcome Tavistock as a shareholder within our rapidly growing business. We expect EBITDA to more than double this financial year and look forward to a long and successful partnership with Tavistock, to our mutual benefit."

LEBC has faced significant business challenges in recent years including the unexpected death of its found. Turnover and trading profit were hit at LEBC by its withdrawal from providing advice on defined benefit transfers following discussions with the regulator. The Coronavirus pandemic also knocked the firm resulting in reduced income as markets dipped.

The firm closed its Retirement Adviser division but said recently that investor confidence had returned and it was more positive about the future.

More in this category: « FCA says brothers' firm falsely claimed to be authorised UK median wealth holds steady at £302,000 »
back to top