Register for Financial Planning Today website for FREE to view more stories and get our daily newsletters. Click on 2 stories to see Registration pop up.
Monday, 17 January 2022 09:11 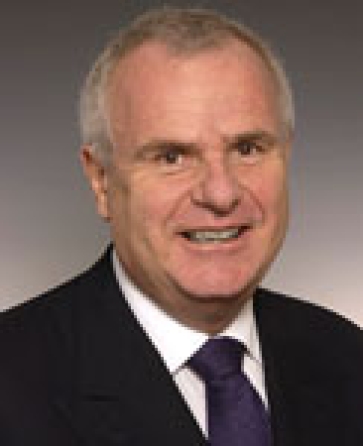 Lord Myners’ family said in a statement that he had died in the early hours of Sunday morning.

He served under Prime Minister Gordon Brown as the City Minister in the Treasury.

He held the position for two years until he was made a life peer in May 2010.

He was appointed as City Minister following the financial crisis in 2008, where he assisted in creating Gordon Brown’s £400bn bailout package for the banks.

Lord Myners resigned from the Labour Party after joining the board of the Co-operative Group in 2014 and sat as a non-affiliated member in the House of Lords until July 2015.

Since then he had sat as a crossbench peer.

Lord Myners was chairman of the Guardian Media Group from 2000 until his appointment as Treasury minister in 2008.

The statement from his family said: “With great sadness we announce the loss of our beloved father Lord Paul Myners (1948-2022).

“He passed away peacefully in the early hours of this morning (Sunday) at Chelsea & Westminster Hospital. He will be deeply missed and in our hearts forever.”

Nikhil Rathi, chief executive of the FCA, said: "I am saddened to hear about the death of Lord Myners. I had the privilege to work closely with Paul during the financial crisis and saw at first hand his ability to quickly grasp the enormity of the situation and navigate the whole system towards decisive solutions.

"He always expressed his views frankly and in my most recent discussions with him he continued to be motivated by the need to ensure the integrity of the financial system. I always appreciated his support and I offer my sincere condolences to his family."