Register for Financial Planning Today website for FREE to view more stories and get our daily newsletters. Click on 2 stories to see Registration pop up.
Monday, 17 January 2022 09:35

Pensions consolidation on the rise 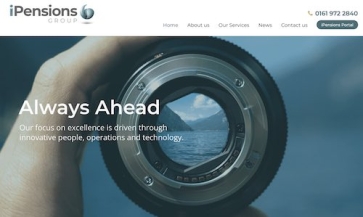 The research was undertaken on behalf of iPensions Group

A third of Financial Planners have reported an increase in demand for pension consolidation advice over the past year, according to a new report.

Two thirds (63%) of advisers said consolidation would be one of the main drivers for growth in the SIPP market for the next five years.

The same number of advisers that were surveyed by SIPP provider iPensions Group identified enhanced administration technology as a main driver of growth in the SIPP market for the next five years.

One in ten (11%) advisers said they are expecting a significant rise in pension consolidation into SIPPs over the next two years.

The main reason cited by advisers for clients consolidating pensions into a SIPP was the desire to have a clearer picture of their assets as they approach retirement. Almost three quarters (71%) of the advisers surveyed chose that option ahead of 62% saying concern about overall retirement strategy is driving the rise in consolidation.

Over half (55%) of advisers said pension consolidation is driven by clients approaching 55 who want to access tax-free cash.

Four in ten said worries about high charges from legacy pensions and the lack of fund choice is a major motivation for clients to consolidate.

Less than half (44%) of advisers said transparent pricing by providers was crucial to the growth of the SIPP market while a quarter (26%) said reduced fund management charges will boost the market.

Sandra Robertson, CEO at iPensions Group, said: “Nearly a third of advisers specialising in SIPPs have seen an increase in consolidation business in the past year and they expect that to continue as a major factor in the market.

“Increased investment in technology across the SIPP market and the pensions market in general is driving growth and helping to enhance the consolidation process by supporting advisers and clients.

“More needs to go online and happen digitally as people want instant information while also still valuing personal service and the key to supporting clients is combining that well with technology.”

PollRight surveyed 104 financial advisers who regularly provide advice on SIPPs on behalf of iPensions Group in May and June 2021.

More in this category: « Horta-Osario leaves Credit Suisse after breaking Covid rules PFS Festival of Financial Planning to return »
back to top