Register for Financial Planning Today website for FREE to view more stories and get our daily newsletters. Click on 2 stories to see Registration pop up.
Monday, 24 January 2022 07:16 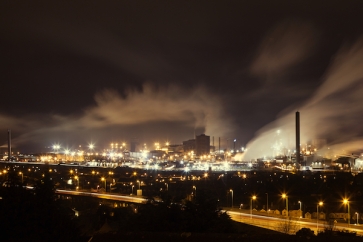 The Financial Services Compensation Scheme has opened the door to compensation claims against a failed financial adviser firm which arranged pension transfers for members of the British Steel Pension Scheme (BSPS).

Argent Wealth was declared in liquidation on 20 January 2022.

Argent Wealth is the latest of several firms to be declared in default by the FSCS following compensation claims in relation to BSPS pension transfer advice.

The FSCS said that as of 29 November, it had received a total of 1,018 claims from former members of the BSPS who were advised to transfer out of the scheme by a firm that has since failed.

Around half of the claims so far have been made using FSCS's free online claims service. Many have also used friends or family members to help them with their claim.

Earlier this month, the Financial Conduct Authority sent a survey to 2,500 advice firms on its work related to the British Steel Pension Scheme (BSPS).

Advisers have been asked to complete the form regardless of whether they advised on any BSPS pension transfers.

The survey asks advice firms how many BSPS clients they have advised, the value of any completed transfers and if they have received any complaints in relation to the advice they have given.

It also asks the 2,500 advisers if their professional indemnity insurance will cover BSPS claims.

The survey comes after the regulator launched a consultation on a redress scheme for BSPS victims in December.

More in this category: « 3.4m pensioners hold all ISA savings in cash Mattioli Woods chairman transition delayed »
back to top