Register for Financial Planning Today website for FREE to view more stories and get our daily newsletters. Click on 2 stories to see Registration pop up.
Wednesday, 09 February 2022 08:11 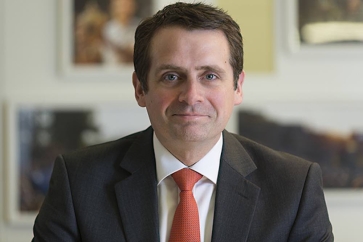 Royal London had expressed interest in merging with LV= recently after LV='s attempt to sell the business to private equity firm Bain Capital failed due to lack of member support.

Following the failure of the Bain Capital deal Royal London made a new approach to LV= and both sides began “exploratory talks” but these have now ended, the companies confirmed in statements today.

Barry O’Dwyer, group chief executive of Royal London, said: “Our offer to preserve LV=‘s mutuality through a merger with Royal London was based on an understanding that LV= did not have a viable future as an independent company.

“For Royal London’s customers and members, nothing changes.  We remain committed to delivering great value products, backed up by market-leading customer service. We look forward to sharing a substantial level of profits with our eligible customers in April, as we normally do.”

LV= said discussions with Royal London started at the beginning of the year but it had become clear to LV= that, “our different mutual models mean such a merger would not be in the best interests of LV= members.”

There have been concerns that a merger with Royal London would mean job cuts, office closures and significant rationalisation of the two businesses.

LV= has been looking for new partners to inject capital into the business and strengthen its balance sheet for some time. It believes new investment is needed to take the company forward meaning a search for a new partner is likely to go on.

Seamus Creedon, LV= interim chair, said: “We thank Royal London for its engagement and we look forward to operating alongside it as part of a vibrant mutual sector. The strength of LV=’s business performance over the past 18 months combined with its operational progress has strengthened the board’s belief in, and commitment to, the continuation of our status as an independent mutual.

“We have heard what our members have said about the importance of mutuality and the continuation of the LV= brand. We continue to maintain our strong capital position, are trading well and building a successful future for LV=, its members, employees and wider communities.

“We will shortly update our members on our business strategy and will continue to engage with them over the coming weeks and months.”

Financial Planning Today Analysis: So what went wrong? Talks on a merger between Royal London and LV= started only a few weeks ago (at least officially) but have already been called off. It's too early to know for sure what the reason was but clearly the initial exploratory talks threw up some challenges. To be fair it's not the first time LV= has rebuffed Royal London. LV= naturally wants to protect as much of its proud mutual organisation as possible but Royal London, the bigger provider, would be dominant in any merger. There were fears of large scale jobs losses post merger and that the emerging 'super mutual' would simply be an enlarged Royal London. The question now is what next? LV= has made it clear that it needs to change if it is not to wither. It needs new investment and a new direction and this will most likely come from a better-funded partner, either another financial provider, a private equity firm or a mutual with deep pockets. LV= could try to go it alone but that seems not be its preferred option, at least for now. New LV= interim chair Seamus Creedon seems more willing to try to build the firm so LV='s days as an independent may not be over, at least for now. Despite this the most likely direction for LV= is to seek a friendly merger partner. It's interesting to note that LV='s mutual status protects it, to some extent, from unwanted takeover approaches.

More in this category: « FCA is recruiting 200 new staff Westbridge’s Tilley to take up AMPS interim chair »
back to top