Register for Financial Planning Today website for FREE to view more stories and get our daily newsletters. Click on 2 stories to see Registration pop up.
Wednesday, 09 February 2022 11:24 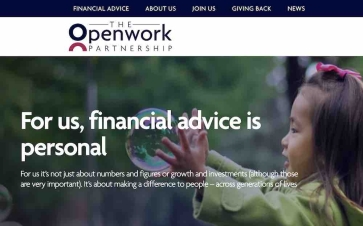 Almost a quarter (22%) of UK savers prefer to keep all their money in cash rather than investing it, according to new research.

A further 22% would not consider stock market investments as they do not understand them.

Just 15% of those questioned by adviser network The Openwork Partnership said they have a healthy balance between savings and investments.

A similar number (14%) said they were willing to miss out on higher returns by avoiding stock market investments.

One in ten (11%) of those surveyed said they do not know where to go for advice.

However, nearly one in ten (9%) said they had benefited from financial advice in terms of higher returns on their cash.

Claire Limon, network director at The Openwork Partnership, said: “There is a real risk of reckless caution costing people substantial amounts from ignoring stock market investment in favour of keeping money in cash when rates remain at very low levels – meaning savers are losing money after inflation is taken into account.”

Geographically broken down, people in Wales were most worried about investing in the stock market (37%) and most likely to want to keep all their money in cash (32%).

Those in the West Midlands were least likely to keep all their money in cash (16%), but 26% were still worried about investing in the stock market.

People in the East Midlands were least worried about investing in the stock market (20%) but still quite likely (29%) to prefer to keep their money in cash.

Opinium surveyed 2,001 UK adults between 2 July and 6 July on behalf of The Openwork Partnership.