Register for Financial Planning Today website for FREE to view more stories and get our daily newsletters. Click on 2 stories to see Registration pop up.
Wednesday, 02 March 2022 07:35 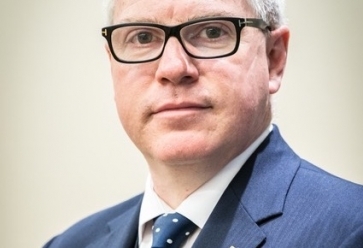 The deal will give Aviva a much bigger slice of the UK wealth management market.

Aviva says that by 2039 it is expected that one in four people in the UK will be over 65 and millions more will need advice.

Aviva says the Succession deal will give it the scope to offer “high-quality advice” to its approximately 4 million workplace pension customers as well as approximately 2 million individual pensions & savings customers, focusing on customers who do not currently have an adviser.

Succession Wealth, founded by the late entrepreneur Simon Chamberlain, is believed to have been looking for a buyer for some time.

Succession has grown rapidly in recent years and is a national IFA with approximately 200 Financial Planners advising on £9.5 billion of assets. It has 19,000 clients in the UK.

Like many wealth management businesses in recent years, Succession itself has acquired many financial advisory businesses, 60 to date so far.

Including the benefit of the four announced acquisitions, the estimated 2022 EBITDA for Succession Wealth is expected to be around £24 million.

James Stevenson, group CEO of Succession Wealth, said: “We are delighted to become part of Aviva and to offer our independent Financial Planning capability to Aviva customers who don’t have an adviser.

"The demand for financial advice across the entire wealth spectrum has never been greater, and the opportunity to combine Succession Wealth’s holistic Financial Planning expertise, with the capabilities and customer reach of Aviva is hugely exciting. The Succession Wealth brand and our core independent advice proposition is fundamental in providing ongoing stability and reassurance to our existing clients and our people as we embark on this new journey as part of Aviva.”

• Aviva also announced its annual results today. The company reported underlying operating profits of £1.6bn, down 10% on last year. The group also announced a £3.75bn buyback to add to an  existing £1bn programme. A final dividend of 14.7p was announced, up from 14p. This takes the full year dividend payment to 22.05p. During the year Aviva sold 8 non-core businesses, raising £7.5bn. As a thank you to its 22,000 staff Aviva will give £1,000 in shares to each staff member.

More in this category: « £5,500 pay rises for 800 lower paid FCA staff Brown Shipley hires 9 from Barclays Wealth »
back to top