Register for Financial Planning Today website for FREE to view more stories and get our daily newsletters. Click on 2 stories to see Registration pop up.
Monday, 14 March 2022 09:27 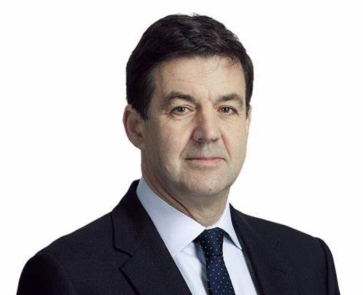 M&G has welcomed Edward Braham as its permanent chairman after a year-long search.

Mr Braham was senior partner of global law firm Freshfields Bruckhaus Deringer where he was global head of its corporate practice.

He specialises in international M&A, with experience in many industries including financial services.

He also recently became a non-executive board member of the Treasury and a member of its audit and risk nominations committees.

Former chairman Mike Evans permanently stepped down to concentrate on the recovery of his health in April last year.

He had previously taken a temporary leave of absence from his duties as chair at the start of the year due to stress-related illness.

In the interim year the board has been led by temporary chair Fiona Clutterbuck, who stepped into the interim chair from senior independent director when Mr Evans started his leave of absence in January 2021.

Ms Clutterbuck joined the board of M&G as senior independent director in October 2020. She is also chair of Paragon Banking Group and non-executive director of Nordic financial services group Sampo.

She was previously on the board of Hargreaves Lansdown.

She has now returned to her role as senior independent director.

Clare Thompson who had been interim senior independent director since January 2021 has also stepped down from her role and continues her non-executive role as chair of the audit committee.

Mr Braham said: “It is a privilege to be joining M&G at this point in its history. M&G’s capabilities, along with its reputation as a responsible and thoughtful investor, provide the foundations for long-term success, for the benefit of all our stakeholders.”

John Foley, CEO of M&G, said: “Edward’s experience as an adviser and from leading a large and complex global professional services firm will be invaluable to M&G as we pursue our strategy for sustainable growth.”

Mr Braham’s appointment has been approved by the Financial Conduct Authority and Prudential Regulation Authority.

More in this category: « Just 1 in 10 parents have sorted out estate planning Planners on the impact of Russia's Ukraine invasion »
back to top