Register for Financial Planning Today website for FREE to view more stories and get our daily newsletters. Click on 2 stories to see Registration pop up.
Thursday, 24 March 2022 10:02 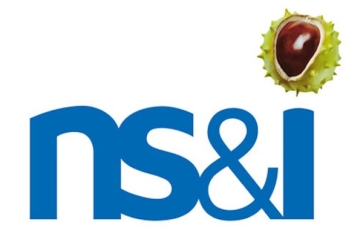 NS&I has held its Premium Bond prize rate at 1% despite rate rises on its Income Bonds and Direct Saver products.

Premium Bond prize rates remain at the 1% they were cut to in December 2020,with no further rises on the table for this year.

NS&I raised £1.6bn in the three months to December, according to its provisional results released yesterday.

Three quarters of the way through its financial year it has raised £2.2bn of its £6bn target for the year (excluding Green Savings Bonds).

NS&I has boosted the rates on its Income Bonds three times this financial year from 0.1% to 0.5%.

Sarah Coles, senior personal finance analyst at Hargreaves Lansdown, said she does not expect to see any rise to the Premium Bond prize rates.

She said: “As far as NS&I is concerned, there’s no need to boost prizes. When it celebrated the 65th birthday of Premium Bonds in November,  21.1 million people held 113,081,411,333 bonds. That’s almost double the number held five years earlier, and around four times as many as were held on its 50th birthday.

“Premium Bonds are a national treasure, and they haven’t lost their lustre. During the pandemic, savers flocked to familiar brands, and while they left NS&I’s other products in droves when rates were cut, Premium Bonds held firm.”

The winners will be directed to a Planner through Agent Million who will direct them to the CISI and PFS’s online directories.

Previously the winners had been referred to leading Midlands Financial Planning firm Matrix Capital for advice, which had been twice selected by tender to run the service for over eight years.

NS&I will end its contract with Matrix Capital from 31 March.

Treasury-backed NS&I is one of the largest savings organisations in the UK, offering a range of savings and investments to 25m customers.

Instead of earning interest on savings, Premium Bonds give holders the chance to win tax-free cash prizes from monthly prize draws. The prizes available range from £25 to £100,000, plus the £1m jackpot prize, which is given to two lucky prize draw winners each month.