Register for Financial Planning Today website for FREE to view more stories and get our daily newsletters. Click on 2 stories to see Registration pop up.
Tuesday, 05 April 2022 13:32 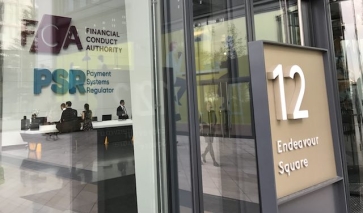 The Financial Conduct Authority has made three senior hires as it fills 95 new authorisation roles.

The regulator has appointed two new directors of authorisations.

A new finance director will also join next month.

Craig Chapman will join the FCA as finance director to replace David Godfrey who has retired.

Laura Dawes will take up one of the two new director of authorisations roles.

She is currently interim director of strategy, policy, international and intelligence in the FCA’s enforcement and market oversight division, a role she has held since January 2021. She was formerly head of department for retail and regulatory investigations.

Before joining the FCA in 2011, Ms Dawes worked as a barrister.

Dominic Cashman joins as the second director of authorisations.

He joins from interdealer broker TP ICAP where he was head of integration and transformation. Before TP ICAP, Mr Cashman was at Nomura between 2008 and 2017 where he was most recently head of regulatory operations.

Both Ms Dawes and Mr Cashman will start their roles at the end of this month.

Emily Shepperd, chief operating officer and executive director of authorisations at the FCA, said: “Tackling the risk of consumer harm starts when firms apply to us for authorisation. Dominic and Laura will lead this vital part of the regulatory system.

“Craig is an experienced chief financial officer who will play a central part in making sure we have the right resources and we’re using them in the best way possible to meet our important objectives.”