Register for Financial Planning Today website for FREE to view more stories and get our daily newsletters. Click on 2 stories to see Registration pop up.
Wednesday, 11 May 2022 09:12 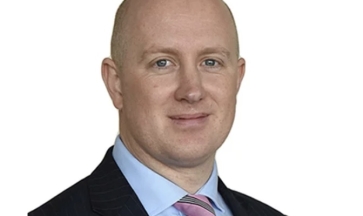 Growth in income was driven by higher fund levels year-on-year but was partly offset by more normalised levels of commission, the company said.

The wealth manager said its acquisition by Canadian bank RBC continued to move ahead and is expected to complete in Q3.

Under the deal RBC Wealth Management (Jersey) Holdings Limited, a wholly-owned subsidiary of RBC, has made a recommended cash offer for the entire issued share capital of Brewin Dolphin for 515 pence per share.

The price offered implies a value for Brewin Dolphin of £1.6bn.

The wealth manager said growth in inflows was the result of organic growth driven by its advice-focused strategy.

Robin Beer, CEO at Brewin Dolphin, said: "We continued to see strong inflows across both our direct and indirect discretionary funds throughout the first half, with a record first quarter performance despite the volatility in the markets driven by macroeconomic and geopolitical challenges.

"The resilience in our organic growth, demonstrates our strategy of being an advice-focused wealth manager, supported by our broad range of propositions and investment solutions, is the right one. The business is preparing for the final stage of dress rehearsals and training on our new custody and settlement system and the switch over of systems will be completed at the end of the summer this year.

"We believe that the proposed acquisition by RBC will bring new and exciting opportunities for our clients and people. Whilst the transaction is still to complete, we remain focused on delivering our strategic priorities for the year, which will enable us to become a leading advice-focused, digitally-enabled wealth manager."

Total funds under management for the first half at Brewin Dolphin dipped slightly to £56.3bn (2021: £56.9bn) due to volatile market performance driven by the conflict in the Ukraine and the macroeconomic environment.

More in this category: « Tilney acquires Scottish Financial Planning firm 9 in 10 SIPP millionaires are male »
back to top