Register for Financial Planning Today website for FREE to view more stories and get our daily newsletters. Click on 2 stories to see Registration pop up.
Monday, 23 May 2022 09:29 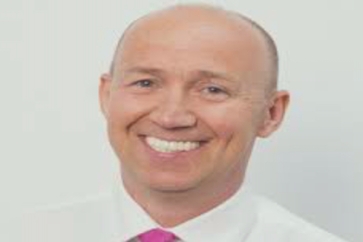 Ray Adams, Chartered Financial Planner and founder of CashCalc, said the ValidPath solution could be a gamechanger for advisers

Adviser network ValidPath has launched a succession solution to facilitate the sale and purchase of IFA firms.

Any single of multi-adviser firms can use the solution, with ValidPath managing the process from feasibility to due diligence, valuation determination, commercial terms, transaction structure and completion documentation.

The solution can also help develop a transition plan with the successor managers.

ValidPath will provide all finance with no equity contribution or personal guarantee required.

The network said that its solution will enable selling advisers to access liquidity and retire on theire termes while ‘empowering’ the next generation to become business owners.

It said the solution was developed as an alternative to IFA consolidations or ‘DIY’ options.

Angus MacNee, CEO of ValidPath, said: “It became apparent that a new approach to exit and succession was required to support the objectives and aspirations of IFAs that resonate with the core values of independence and independent financial advice.

“As an industry we need to support the next generation, and when you look at the alternatives in the marketplace, they are almost entirely vendor-focused and don’t empower the ‘successor managers’ to create value for themselves or offer piecemeal support that is transactionally focused and often self-serving.

“We have packaged a complete ‘turnkey’ solution that is entirely independent, fully funded and where we manage the entire process.

“Independence is everything, and we believe that independent financial advice is as important today, as it will be tomorrow.”

ValidPath said the current industry backdrop of ‘private equity fueled acquisition frenzy’ with a lack of viable other options made it clear that there needed to be an alternative.

Ray Adams, Chartered Financial Planner and founder of CashCalc, said the ValidPath solution could be a gamechanger for advisers looking to retire and help advisers maintain independence.

He said: "A turnkey solution that supports independent financial advisers to maintain independence and implement a succession plan will be a gamechanger for the sector and a positive development for the industry."

ValidPath is an FCA-regulated IFA network with 20 years working with IFAs across the UK.

More in this category: « Quilter returns £328m to shareholders Exclusive: Saunderson House to move to restricted »
back to top