Register for Financial Planning Today website for FREE to view more stories and get our daily newsletters. Click on 2 stories to see Registration pop up.
Wednesday, 15 June 2022 08:43 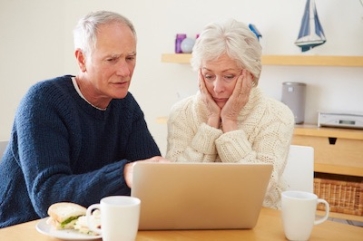 Retirement spending funded by equity release is set to rise above £4bn in 2022, according to a new report.

Equity release funds currently account for one in every £90 spent by retirees, the report commissioned by Legal & General says.

The number of people turning to equity release is expected to rise by over a third in the next 10 years, according to modelling for the report by the Centre for Economics and Business Research (CEBR).

The modelling shows that spending funded by equity release could top £4bn this year, as homeowners turn to property wealth to support their retirement. This figure is expected to exceed £11bn by 2032.

The share of total property wealth held by over 65s has increased from 28% to 37% over the past 12 years, according to the CEBR.

Its report forecasts that the average amount of equity released is set to rise above £170,000 within the next five years, a 47% increase from 2021.

One in 20 homeowners (5%) have used equity release to fund retirement but this is anticipated to more than double to 11% based on the CEBR’s modelling.

Craig Brown, CEO of Legal & General Home Finance, said: “Our report highlights that homeowners are increasingly planning to use equity release or other ways of accessing property wealth to help fund later life.

“This shift reflects the boom in property values, which have made our homes such an important asset, but it also demonstrates how far the equity release market has come through the introduction of product innovations and how it has become a more suitable solution for a wider range of people.”

CEBR was commissioned by Legal & General to analyse the UK equity release market. The CEBR used data from the Equity Release Council and the Office for National Statistics along with a survey of 2,000 homeowners for their analysis. The survey was taken between 31 March and 7 April by Opinium.