Register for Financial Planning Today website for FREE to view more stories and get our daily newsletters. Click on 2 stories to see Registration pop up.
Friday, 15 July 2022 18:18 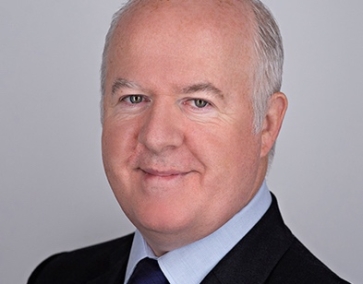 Given the chaotic performance of the government recently it was something of a surprise this week to see a new financial guidance initiative announced by the returning Pensions Minister Guy Opperman who quit and then returned, at least as a stand in until a new Prime Minister is announced.

I will make no further comment about the unseemly dumping of Boris - there are much smarter political commentators than me - but it was a mess and has put back a huge amount of legislation, including the key Online Safety Bill, by several months.

But back to the matter in hand, namely the expansion of the government’s so-called Mid-Life MOTs, for those in the 40-60 age bracket. The government is investing a further £5m in expanding these and is also going to pilot face to face advice, sorry guidance, in three areas of the country.

Some Financial Planners may have raised an eyebrow at some of the ideas and that’s a reasonable thing to do but these ‘MOTs’, covering finance, wellbeing, retirement and employment, are not really a threat to Financial Planners, at least not yet. They may even be a bit of a boon for regulated advice.

Until now the MOTs have been delivered on a very small scale and online via Jobcentres. They are designed to give Jobcentre users some guidance on their finances, employment, retirement plans and so on. So far so good.

In fact, it could be very good. While the better off can see a Financial Planner when they want this opportunity is not available for lower earners, who the scheme seems to be aimed at. For people on lower incomes any guidance could be better than none, even if it's just a little help with budgeting and debt management. Why this stuff could not be taught in schools is beyond me but that's the subject for another column another time.

Some with debt problems, for example, could be referred to other agencies, such as the Citizens Advice Bureau or indeed the government-backed Money and Pension Services (MAPS) which is, of course, not just for rich pension savers but for all pension savers.

I am very much in favour of all this. I’ve often written that if I could wave a magic wand I would give every adult in Britain access to properly regulated, free Financial Planning or at least financial advice delivered by friendly, helpful and knowledgeable people who could take the time to listen and offer help on everything from budgeting to retirement planning. Yes, I know this is a bit of a dream but perhaps the MOTs are driving in the right direction.

Inevitably some, including AJ Bell and others, have rightly raised concerns about the blurring of lines between regulated financial advice and ‘financial guidance.’ AJ Bell wants to see more financial guidance available but has pointed out the risks of blurring the lines.

So all sounds good and the greater availability of financial guidance is a welcome development but the risks remain and the last thing we want is complaints about poor advice to transfer a pension, instigated by a well meaning person at a Jobcentre.

Training, management and good supervision of Jobcentre staff offering the guidance will be key to keep the MOTs on track and avoid a painful collision with regulated advice. Regular servicing will be vital too to avoid an MOT failure.