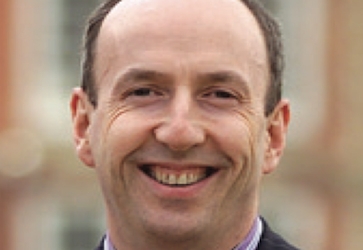 At the FPSB's Council meeting held in Wales this week, the board of directors of the Financial Planning Standards Board, the owner of the international Certified Financial Planner certification program, has named Barry Horner, CFP, chief executive officer of UK-based Paradigm Norton Financial Planning and a director of FPSB, as its board chairperson-elect in 2013. The FPSB Council meets twice a year in locations around the world.
Mr Horner will serve as 2013 chairperson of the FPSB Council, an advisory body of the FPSB board of directors, before assuming his duties as board chairperson in 2014.
Karen Schaeffer, CFP, 2012 FPSB chairperson, said: "As a CFP professional and CEO of a financial planning firm, Barry brings not only practitioner experience, but also experience chairing an FPSB member organization.
"Barry successfully led the UK's Institute of Financial Planning as president for three years, and is intimately familiar with the issues facing the financial planning profession," said.

A former accountant, Mr Horner serves as a member of the 2012 FPSB Audit committee. In addition, he has participated as an ambassador for Financial Planning and CFP certification around the world.
A regular contributor to the financial trade press, Mr Horner was named one of the most influential financial advisers in the UK in 2008.
He said: "I am committed to the future of the Financial Planning profession and FPSB.
"I look forward to leading the organization as it becomes more involved in the global regulatory community, through its Affiliate membership in the International Organization of Securities Commissions. The FPSB has a tremendous opportunity to represent the interests of financial planners globally, and I'm pleased to be able to be a part of that effort."
The FPSB manages, develops and operates certification, education and related programmes for Financial Planning organisations to benefit the global community by establishing, upholding and promoting worldwide professional standards in Financial Planning. The FPSB demonstrates its commitment to excellence with the marks of professional distinction – CFP, CERTIFIED FINANCIAL PLANNER and CFP Logo Mark.
FPSB has a non-profit member organisation in the following 24 territories: Australia, Austria, Brazil, Canada, Chinese Taipei, Colombia, France, Germany, Hong Kong, India, Indonesia, Ireland, Japan, Malaysia, New Zealand, the Netherlands, the People's Republic of China, the Republic of Korea, Singapore, South Africa, Switzerland, Thailand, the United Kingdom and the United States.
By year-end 2012, FPSB expects approximately 150,000 individuals to hold the CFP certification worldwide.
For more, visit fpsb.org.
Last modified on Thursday, 18 October 2012 10:36
Tweet
This page is available to subscribers. Click here to sign in or get access.
Published in Articles
Tagged under

More in this category: « FPSB chairman Helmlich expects CFP professionals to top 150,000 this year LIBOR recommendations to be implemented in Financial Services Bill »
back to top