Register for Financial Planning Today website for FREE to view more stories and get our daily newsletters. Click on 2 stories to see Registration pop up.
Thursday, 23 May 2013 09:04 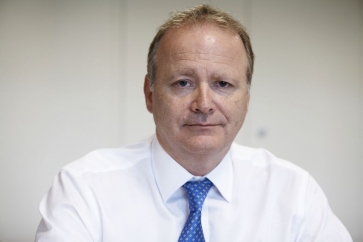 Legal & General Group Plc has acquired the 75% share capital of Cofunds Holdings Ltd, which it did not already own, for a cash consideration of £131m. The transaction was announced on the 26 March 2013, and was financed from Legal & General's existing cash resources. The acquisition valued Cofunds at £175m.

As the acquisition is now complete, Cofunds Chairman, Charlie Eppinger, will step down with immediate effect. Charlie Eppinger, who was the driving force in negotiating the sale and has been with Cofunds for over 10 years, is retiring from the Cofunds Board.

{desktop}{/desktop}{mobile}{/mobile}
Mark Gregory, CEO Savings, Legal & General said: "We're thrilled that everyone involved has worked so hard to ensure a smooth transition. As ownership changes to Legal & General, I'd like to publicly thank Charlie Eppinger for his 10 years of association with Cofunds.
"He'll be missed but he can retire from the Cofunds Board safe in the knowledge that Chris Last and the team at Cofunds will take the platform on to even bigger and better things. We thank Charlie and wish him all the best."
Chris Last, CEO Cofunds Business Unit, added: "We've a strong and experienced Executive Team in place which is single minded in its focus on the job in hand, namely supporting the RDR and platform needs of Cofunds' clients.
"I'm particularly pleased to be taking the helm of a company with such an abundance of talent and expertise as it means we can harness that talent for the benefit of all our clients. We've ambitious plans for the platform and this is an exciting time to be putting those plans in place."

More in this category: « 7IM's Urquhart Stewart: More should consider Financial Planning 2 in 3 Paraplanners are female and 46% earn over £30,000 a year »
back to top