Register for Financial Planning Today website for FREE to view more stories and get our daily newsletters. Click on 2 stories to see Registration pop up.
Monday, 02 December 2013 12:50 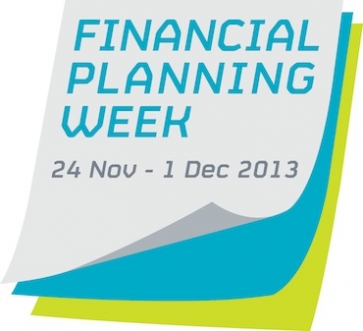 
Among the highlights of the week were:
• a record number of Financial Planning firms throughout the UK threw open their doors for consumer surgeries, inviting the public in for free, no strings advice
• dozens of articles in the media on the campaign included major national newspapers such as the Observer and Independent
• a live Tweet Chat on Friday enabled planners and supporters to join in the debate and swap success stories using the hashtag #FPWUK
• a media launch with by Rugby legend Will Greenwood and Mail on Sunday personal finance editor Jeff Prestridge lending their support
IFP communications director Sue Whitbread: "The whole week was a resounding success and we were overwhelmed with the support we received for the campaign.
"We'll be assessing all the coverage now as we receive reports and feedback but it looks to have been our best ever campaign and we believe the interest in better Financial Planning has struck a real chord with the public."
{desktop}{/desktop}{mobile}{/mobile}
Ms Whitbread said IFP members, especially CFPCM professionals and Accredited Financial Planning firms, had been particularly active during the week.
The campaign kicked off with the release of the results of a Liontrust-sponsored survey of 2,000 consumers on their attitudes to Financial Planning (see separate story on Financial Planner Online).
The aim of the week was to promote the benefits of planning ahead financially in areas such as savings, retirement, protecting loved ones and setting money aside for a rainy day.
Much of the early coverage focused on the results of the exclusive YouGov poll carried out for Financial Planning Week. It found that while consumers were often good at planning for Christmas, they were poor at planning their finances.
Many Financial Planners got involved up and down the country running events such as a drop-in surgeries and local media campaigns, sending out press releases and contacting local media to raise awareness.
Eldon Financial Planning in the north east produced a number of programmes for local radio and also ran advice surgeries while Smart Financial in Manchester was one of a number of firms offering consumer advice surgeries. Planners at Cardiff-based Penguin Wealth wrote articles for the national media and produced a financial education website.
VouchedFor.co.uk, a site for consumers to rate advisers, encouraged consumers to visit advisers for a free financial health check-up.
If you had any major successes to report or comments on the week email us at: This email address is being protected from spambots. You need JavaScript enabled to view it..

More in this category: « Financial Planning Week 2013 is under way Britons 'start' realistic retirement planning at 48 »
back to top