Register for Financial Planning Today website for FREE to view more stories and get our daily newsletters. Click on 2 stories to see Registration pop up.
Thursday, 20 February 2014 07:17 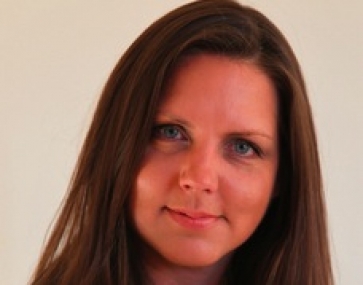 Bridget Greenwood, director of Financial Social Media UK
Finance professionals are wary of using websites such as Twitter for fear of risking the wrath of regulators, a social media expert says.

Bridget Greenwood, director of Financial Social Media UK, has backed the idea of clearer guidelines from the Financial Conduct Authority on using such sites.
The FCA said late last year it would be publishing more specific guidance on the issue early in 2014, with social media currently treated the same as other communications.
{desktop}{/desktop}{mobile}{/mobile}
In an article for Financial Planner magazine, which won letter of the month in the latest issue, out this week, Ms Greenwood said: "There are many regulatory concerns I know that stop social media use, including international reach of reader, creating an online community and managing content.
"There's a strong feeling of who will the regulator chose to make an example of – and with clearer guidelines it easier for firms to make sure their use of social media doesn't inadvertently step outside the rules."
There are various pitfalls which concern firms and individuals in the finance sector, she explained, including the chance that a comment or message posted on social media turns out to be factually incorrect.
She said: "Perhaps you shared data on a fund that clearly wasn't a promotion but it attracted comments suggesting it was a great fund to invest in?
"If you choose to delete a comment someone's posted for fear of it upsetting the FCA then you risk offending your readers/public who prefer not be censored. "Then there is a reputational risk you're exposing yourself to. It's now become a reputation versus a regulatory risk."
Communications firm Templars recently told Financial Planner it is due to hold talks with the FCA regarding its ideas for a social media charter and said clearer guidance is necessary.

Ms Greenwood's full letter appears in the March edition of Financial Planner magazine.
Is there a burning issue you want to highlight or a discussion point you want to start a debate on? Why not write a letter for our comments section of the magazine? Letter of the month wins £50 IFP voucher.
Send your letters to This email address is being protected from spambots. You need JavaScript enabled to view it.
Last modified on Tuesday, 25 February 2014 15:48
Tweet
This page is available to subscribers. Click here to sign in or get access.
Published in Articles
Tagged under