Register for Financial Planning Today website to get our daily newsletters. Click on 2 stories to see the Registration pop up.
Friday, 13 June 2014 12:04 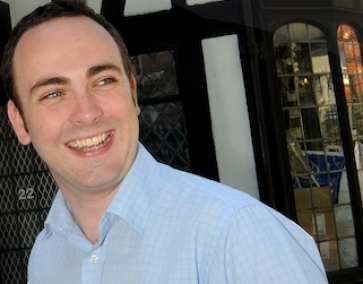 Martin Bamford CFPCM, managing director of Informed Choice in Cranleigh, has completed over 60 hours of interviews with various experts for Boom!
The movie is about the financial and social implications of the Baby Boomer generation reaching retirement.
Featured experts include Justin Urquhart Stewart from Seven Investment Management, Tina Weeks from Serenity Financial Planning, Fiona Tait from Scottish Life, Garry White of Charles Stanley, Clive Bolton from Aviva and Claire Walsh of Aspect 8.
Paul Lewis, who presents Money Box on BBC Radio 4, is narrating the film, which will receive a premiere screening at the IFP annual conference on 6 October 2014.
{desktop}{/desktop}{mobile}{/mobile}

Mr Bamford has launched a Kickstarter campaign to fund post-production costs of the movie including professional narration, the soundtrack, rights to use copyrighted materials and entry to film festivals.
This aims to raise £3,200 during the next 30 days.
Within an hour of being launched it had exceeded 20% of its funding target.
Justin King CFPCM of MFP Wealth Management in Christchurch, Dorset has snapped up the top tier backer reward, and will be the executive producer of the movie.
Mr Bamford said: "I've backed a number of exciting projects on Kickstarter and wanted to use crowdfunding with this movie project to build an army of supporters who will help spread the important messages in this documentary."
Once screened at the IFP conference it will be released in cinemas, online and on DVD during Financial Planning Week in November 2014.
See the Kickstarter campaign HERE.

More in this category: « MGM Advantage takeover of Stonehaven goes through Pensions campaigner gets CBE in the Queen's Birthday Honours »
back to top