Register for Financial Planning Today website for FREE to view more stories and get our daily newsletters. Click on 2 stories to see Registration pop up.
Wednesday, 30 July 2014 11:04

Whistleblowers shouldn't get money for speaking out, says FCA 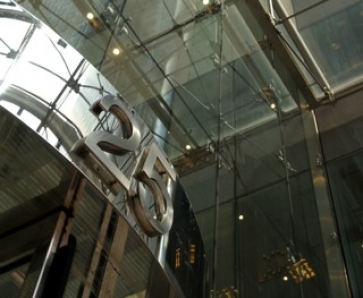 An idea to encourage more whistleblowers in the financial sector by offering financial rewards has been thrown out by regulators.

The FCA concluded that money-based incentives for those who speak out against malpractice within their firms would fail to achieve its aims.

It said its research showed this would not improve the quality or number of whistleblowers.

However, the regulator stressed its aim is be to ensure the culture in firms is one where "people are prepared to speak up".

It will publish full proposals on the matter later this year.

The Financial Conduct Authority and the Bank of England Prudential Regulation Authority examined the issue following recommendations by the Parliamentary Committee on Banking Standards.

In particular, the regulators looked at the system used in the USA.

The FCA report concluded: "We consider that providing financial incentives to whistleblowers will not encourage whistleblowing or significantly increase integrity and transparency in financial markets."

It stated: "There is no empirical evidence to suggest that the US system raises either the number or the quality of whistleblowing disclosures within financial services.

"Nor do the incentives in the US model appear to improve the protection available to whistleblowers.

"This is consistent with the findings of the BIS Call for Evidence, and with the proposals for action by businesses and regulators that BIS have now published, which reject the idea of financial incentives as an integral part of the whistleblowing framework."

The report added: "We therefore propose not to introduce financial incentives, but to press ahead with the regulatory changes necessary to require firms to have effective whistleblowing procedures, and to make senior management accountable for delivering these."

More in this category: « New rules to tackle bank failures and hold bosses to account 'We don't like cricket, oh no, we love it', says pension firm »
back to top