Expats ‘most vulnerable’ after pension freedoms 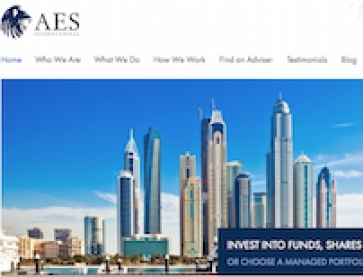 Expat-focused financial advisory group AES International has raised concerns about the impact of the new pension freedoms on expatriate workers.


James McLeod, head of pensions at AES International, is warning that British expatriates are among the most vulnerable to pension scammers.

He said: "The introduction of the new pension freedoms in the UK is a watershed moment for retirees. Many pensioners will now be free to make decisions which could benefit them immensely, particularly in the UK where there is a high level of investor protection.

"However, those retirees who are based overseas, or who are planning to retire in the sun, need to be very careful about what they do with their precious retirement savings. Unfortunately there are many unscrupulous salesmen who specifically target expats as they are not very well protected in many countries by local laws.

Mr McLeod said it was essential for expats to deal only with authorised and regulated advisers and to check this status. It is urging expats to do nothing unless they are sure of the person they are dealing with.

He added: "It takes a lifetime to build a pension, but only minutes to sign it away."

To mark the advent of the new pension freedoms, AES has launched a free pension review service for expatriates. It is also offering expatriates a free guide to their pension choices.

AES International was founded in 2004 and is headquartered in the UK. It is regulated to provide advice in 36 countries across Europe and the Middle East and employs 150 financial professionals. It had assets under management in excess of £500m as of 31 December 2014.

More in this category: « SunLife hires protection director from LV= Moneygate Group rebrands as Fairstone as it plans expansion »
back to top