FCA and US regulators hit Deutsche with £1.7bn in fines 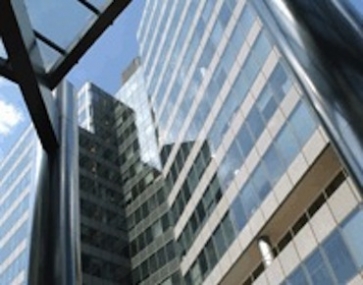 The Financial Conduct Authority has punished Deutsche Bank with a £227 million fine, its largest ever for LIBOR and EURIBOR-related misconduct, and part of total fines of over £1 billion imposed by UK and US regulators.

The regulator says the fine is so large because Deutsche Bank also misled the regulator, a factor which could have hampered its investigation. In one instance, Deutsche Bank in error destroyed 482 tapes of telephone calls, which fell within the scope of an FCA notice requiring their preservation

Georgina Philippou, acting director of enforcement and market oversight, said: "This case stands out for the seriousness and duration of the breaches by Deutsche Bank – something reflected in the size of today's fine. One division at Deutsche Bank had a culture of generating profits without proper regard to the integrity of the market. This wasn't limited to a few individuals but, on certain desks, it appeared deeply ingrained."

"Deutsche Bank's failings were compounded by them repeatedly misleading us. The bank took far too long to produce vital documents and it moved far too slowly to fix relevant systems and controls. This case shows how seriously we view a failure to cooperate with our investigations and our determination to take action against firms where we see wrongdoing."

Between January 2005 and December 2010, trading desks at Deutsche Bank manipulated its LIBOR and EURIBOR (known collectively as IBOR) submissions across all major currencies.

The misconduct involved at least 29 Deutsche Bank individuals including managers, traders and submitters, primarily based in London but also in Frankfurt, Tokyo and New York.

Deutsche Bank settled at an early stage of the investigation, qualifying for a 30% discount on its fine. Without the discount, the fine would have been £324 million.

More in this category: « FCA: Why Financial Planning firms are failing on disclosure 44% of retirement savers want face to face rather than digital advice »
back to top