Register for Financial Planning Today website for FREE to view more stories and get our daily newsletters. Click on 2 stories to see Registration pop up.
Wednesday, 17 June 2015 00:00 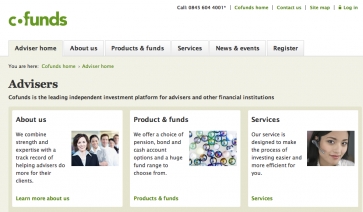 Legal & General is keeping tight lipped on speculation over a possible sale of Cofunds.


It was reported today that L&G has been considering selling off Cofunds and had appointed advisers to seek bidders for the platform – but both companies are silent on the matter.

When contacted by Financial Planner Online L&G said the only statement it would make on the story was “no comment”.

The response from Cofunds, an IFP corporate member, was the same.

In March 2013 Legal & General Group announced that the acquisition of Cofunds was completed.

Legal & General Group acquired the 75% share capital of Cofunds Holdings Ltd, which it did not already own, for £131m.

At that time the acquisition valued Cofunds at £175m.

More in this category: « Total FCA fines in a year trebled to £1.5 billion Retirement expert: £1bn pension transfers wrong measure of success »
back to top