Register for Financial Planning Today website for FREE to view more stories and get our daily newsletters. Click on 2 stories to see Registration pop up.
Thursday, 19 November 2015 11:20

Highest number of £1m plus donations for 7 years 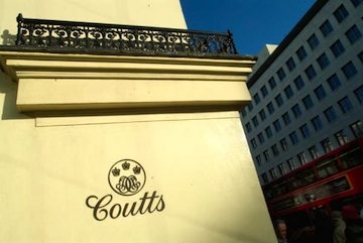 There has been an upward trend in large scale philanthropy, with the highest number of donations of £1m or more recorded since 2008, a report has found.

Some 298 donations, each worth £1 million or more, with a total value of £1.56bn were made to charitable causes or ‘banked’ in foundations in 2014, according to the latest Coutts Million Pound Donor Report, published this week.

There was a 15% increase in the mean value to £5.3m, according to the research, produced in association with the Centre for Philanthropy at the University of Kent.

As in previous years, higher education and foundations were the main destinations for million pound donations, together attracting over two-thirds of the total value.

In 2014, foundations received the largest share of donations - 36%, while higher education institutions received five out of the ten largest donations, each worth at least £26m.

London retained its status as the centre of UK philanthropy, producing the vast majority of million pound donations (192 donations from 74 different donors).

Donors based in the capital accounted for just over two thirds of the total value, equating to £1.05bn.

Together with those from the South East, this accounted for just under three quarters of the total value of the million pound donations last year.

13 donations came from donors based in the North West, and the same number originated from the North East (comprising 6.5% and 2% respectively of the total value).

Dr Beth Breeze from the Centre for Philanthropy at the University of Kent co-author of the UK report said: "In this eighth year of tracking data on million pound donations, it is exciting to find the highest-ever total number of seven-figure donations, and to see the total value return to levels last seen before the financial crash.

“It seems clear that donors’ confidence is recovering, and that charities are trusted to make good use of significant sums, despite the recent torrent of negative media headlines about fundraising practices.

“Much of that debate has failed to appreciate the difference between mass-marketing aimed at ‘high volume, low-value donors’, and the very different approach used to build personalised, authentic, and mutually beneficial relationships with those who have the capacity and the inclination to make major donations.”

Lenka Setkova, executive director at Coutts Institute, said: “The report illustrates that major philanthropy continues to grow and thrive in the UK as the total amount given increased by £200m and the number of donations was the highest we have ever recorded.

“The high proportion of funds given to charitable trusts and foundations indicates that major donors are continuing to organise their giving for the longer term.”

More in this category: « Dad and daughter double act reach business awards final Financial adviser numbers rise by over 1,000 »
back to top