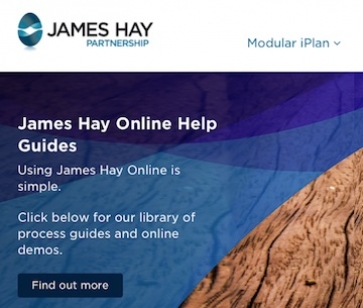 James Hay Partnership has boosted its sales department with the addition of new platform consultants as well as appointments to its strategic account manager and business development manager teams.

Sam Turner and David Lucas will join as platform consultants and will provide face to face technical training to advisers.

Mr Turner has previously worked for Aegon as platform implementation manager while Mr Lucas was already at James Hay in the role of internal trainer.

Earlier this month Nicholas Sleep joined the team from LV= along with Andy Mackleworth who joined in January from AXA Life Invest.

Mr Sleep and Mr Mackleworth both held the position of account manager roles at their previous firms and have been appointed to the strategic account managers team.

Emily Trenouth has also joined James Hay as a business development manager from MetLife, where she held a similar role.