1 in 3 grandparents sceptical children will pass on inheritance 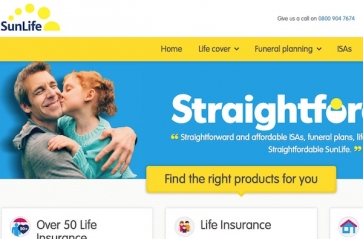 Despite living 119 miles away on average, four in five grandparents provide some form of childcare for their grandchildren. Almost half babysit, one in five do the school run, one in four provide day care during the working week and one in three are there to look after their grandchildren when they are ill.

On average, grandparents spend £62 a month on their grandchildren on things like pocket money, sweets, clothes, presents, hobbies and clubs. Top on grandparents’ list on ways they enjoy spending money on their grandkids is ‘days out’ and ‘doing things together’ followed by toys and books.

On the whole, grandparents do not begrudge spending cash on their grandkids, but a third did say they don’t like having to pay for school and travel expenses.

Ian Atkinson, spokesman at SunLife said: “It’s not news that grandparents love their grandchildren and are more than willing to help out with childcare – but it is interesting to see that actually almost half feel put upon at least some of the time. And the fact that over two thirds plan to leave an inheritance direct to their grandchildren shows how much they’re in their thoughts.”

The research was conducted during 15 – 18 February 2016 by Atomik Research with their online panel, Power of Opinions. Sample: 2000 respondents, all respondents are grandparents with grandchildren under the age of 16.