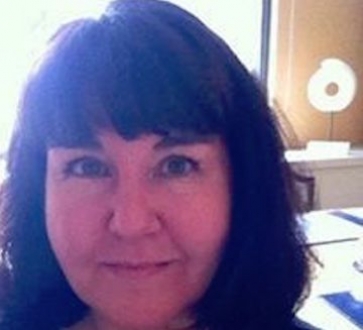 The debate about introducing a new professional Paraplanning standard has recently intensified.

A form of Paraplanner ‘kitemark’ has been discussed for some time and Paraplanners involved with the Powwow movement have begun developing the idea. Read more here.

Financial Planning Today recently revealed that the CISI was due to hold further talks with counterparts at the CII over moves to develop a Paraplanning standard.

Mike Malkiewicz DipFA, owner of Peterborough firm Clear Paraplanning, wrote to FP Today, after this news was reported, to speak against the initiative. Read his article here.

But Alan Gow DipPFS APP ACSI, co-owner of Argonaut Paraplanning in Reading, and co-organiser of the London Paraplanner Powwows, told FP Today the new standard is important not only for current Paraplanners, but to help attract new blood. Read his article here.

Now, Christina Georgiou, a senior Paraplanner at Fleet Street Financial, tells FP Today why she believes the standard is important and addresses the views of her fellow Paraplanners.

Below is Christina's take on the Paraplanning debate.

I agree with Mike Malkiewicz and Alan Gow’s recent articles in which they say that Paraplanning is not a separate profession. It doesn’t exist outside the Financial Planning and advice process. However it is a professional function of that process.

This is why the Standard is being discussed and in the tentative first stages of being formulated.

A Paraplanner will often be as qualified if not more than the adviser they are working with.

In many cases Paraplanners will be required by their employer to record as much structured and unstructured CPD as an Adviser, and have the benchmark Level 4 qualification, even though there is no regulatory requirement for an Paraplanner to have either of these.

Most Paraplanners will achieve these requirements and more and many go on to become Chartered, Certified, or both.

Again, there is no regulatory compulsion to do this. The FCA doesn’t recognise this level of dedication and professionalism until CF30 is obtained. And this is where the Standard has to come in.

Whereas an adviser will receive an SPS in recognition of their ongoing professionalism, Paraplanners have no such similar recognition unless they too, achieve CF30. Not every Paraplanner wants to have CF30 and neither do their employers want or need to get them authorised.

In other words, Paraplanners take on board the need to be professional and strive for ever better levels of knowledge and service to clients, yet have no formal recognition for this by the FCA, or any professional body.

Contrary to Mike’s opinion that this is froth and frivolity, in my opinion it’s very serious. Paraplanners have done an immense amount of work and played a full part in raising standards within our industry, and will continue to do so.

The introduction of a Standard would recognise the skills that a Paraplanner has that distinguishes them from an adviser, and the compliance and admin functions.

I would like to see this based on CPD to show that we complete this to the same level as advisers, but developed in such a way as Paraplanners can obtain accredited CPD relevant to the work they are doing. This should lead to the development of much more relevant and focussed CPD - which will also help advisers.

There are enough exams testing technical skills. But I have to tell you, that when you are recruiting for a Paraplanner, and time after time, Paraplanners with Diploma and even higher, cannot get more than 50% in a straightforward case study you have given them, it’s time for a Standard to be introduced.

I’m delighted that CISI and CII are working together on this. It would not be sensible to have competing Standards and both bodies should be mindful of the very broad spectrum of work that a Paraplanner does and avoid putting unnecessary barriers in place that would prevent some excellent, highly experienced, but not Diploma qualified Paraplanners from achieving a recognised Standard.

More in this category: « Paraplanner standard not about 'blowing our own trumpets' Paraplanner Standard risks excluding for 'wrong reasons' »
back to top